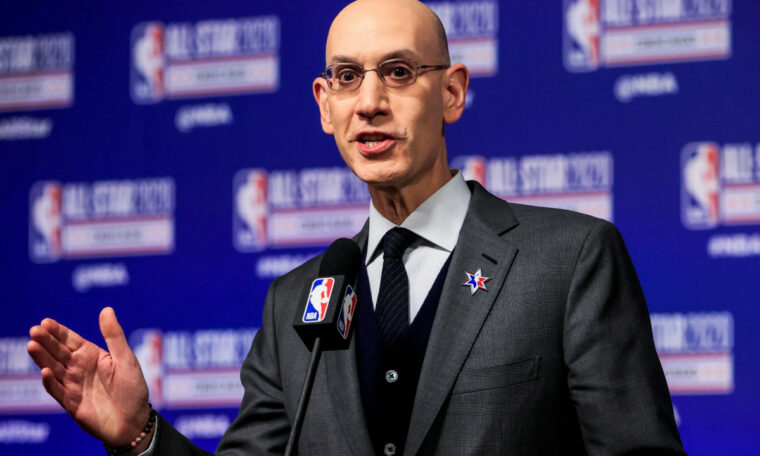 NBA commissioner Adam Silver sent a memo to league employees Sunday night to address the latest racial tensions in the country, recently sparked by the death last week of a black man who was handcuffed when a Minneapolis police pressed his knee into his neck. while pleading that he couldn’t breathe.

Silver’s note, a copy of which was obtained by The Associated Press, referred to that Minneapolis man George Floyd, as well as Ahmaud Arbery, a 25-year-old black man hunted down and killed by armed white men while jogging for a South Georgia neighborhood; and Breonna Taylor, a black emergency medical worker who was fatally shot by police on a narcotics search warrant in Kentucky.

“Just as we are fighting a pandemic, which is affecting communities and people of color more than anyone, we are reminded that there are wounds in our country that have never been healed,” Silver wrote in the memo.

Silver told staff in the memo that he spent the weekend observing coverage of protests across the country, adding that he was “encouraged by the many family members in the NBA and the WNBA … speaking to demand justice, urging peaceful protests and working for a significant change effort. “

He also urged employees of the league office to participate in what’s called the Dream In Color virtual community conversation: an internal employee resource group focused on African-Americans and the issues they face.

“This moment also requires greater insight from those of us, including me, who may never know the pain and fear that many of our colleagues and players experience every day,” Silver wrote. “We have to communicate, listen to each other and work together to be part of the solution. And as an organization, we need to do everything in our power to make a significant difference. Even in this sad and difficult time, I know we can. “