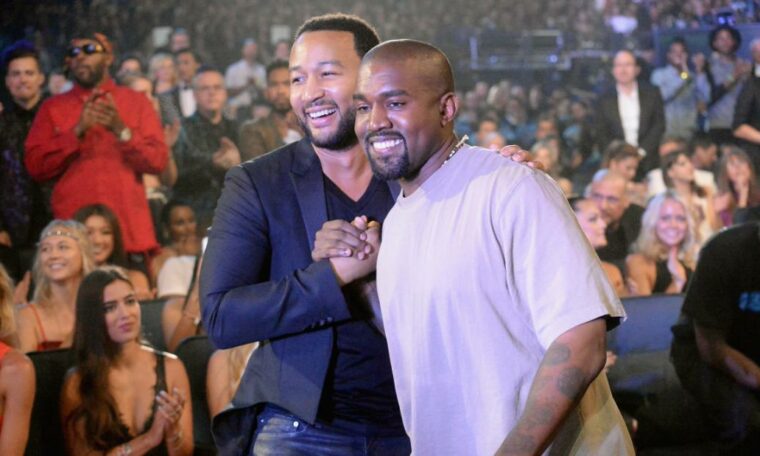 In an interview with The Sunday TimesLegend said the two previous friends and collaborators are just living their own lives and that the evolution of their relationship is not tied to West’s vocal support for President Donald Trump.
“I don’t think we’re less friends because of Trump,” said Legend. “I just think we are doing it our own thing. He’s in Wyoming. I am here in Los Angeles. We both have growing families and I no longer have a formal business relationship with him as an artist, so I think he is just part of the natural cycle of life. “

In 2016, West tweeted a screenshot of text he received from Legend, a supporter of Hilary Clinton during the campaign.

“Hi, this is JL. I hope you reconsider aligning yourself with Trump,” Legend wrote at the time. “You are too powerful and influential to endorse who he is and what he stands for. As you know, what you say really means something to your fans. They are loyal to you and respect your opinion. So many people who love you feel so betrayed right now because they know the damage that Trump’s policies cause, especially to people of color. Don’t let this be part of his legacy. You are the best artist of our generation. “

West replied, “I love you, John, and I appreciate your thoughts. Bringing out my fans or my legacy is a fear-based tactic used to manipulate my free thinking.”

After the disagreement on social networks, the two were cordial.

Legend, who along with his wife Chrissy Teigen, was invited to the rapper’s wedding to Kim Kardashian in 2014, insisted that politics “was never part” of their conversations.

“Our interaction was almost always about creativity and music,” he said. “He’s also musically in a different place. He’s making gospel music. That’s what he’s focused on right now, designing his clothes, so we’re in different places.”