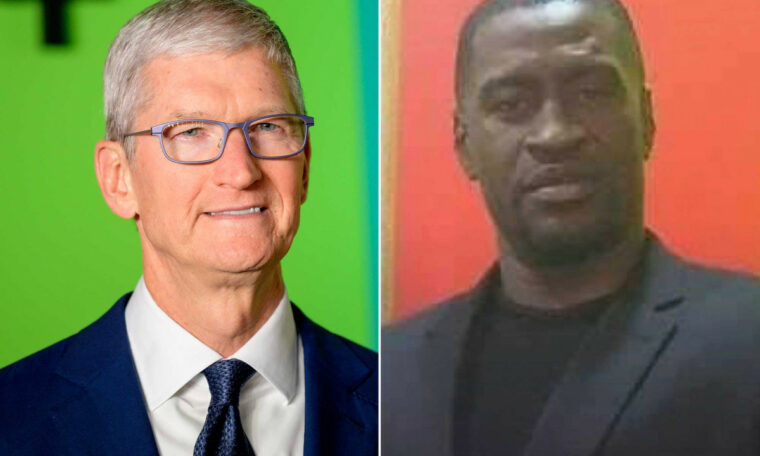 Apple CEO Tim Cook condemned the “senseless” police murder of George Floyd in a note to employees announcing that the tech giant would donate money in response to the incident.

In Sunday’s memo, Cook called Floyd’s death the latest manifestation of systemic racism that has even affected his own staff. Only 9 percent of Apple employees were black as of December 2018, according to Company data.

“I have heard from many of you that you are afraid: fear in your communities, fear in your daily life and, most cruel of all, fear in your own skin,” Cook said in the note, which was published by multiple news media.

“We see our colleagues in the black community,” he added. “You matter, your life matters and you are valued here at Apple.”

Cook joined other tech giants to speak out against racism this weekend amid sometimes violent protests over Floyd’s death last week in Minneapolis. Facebook chief Mark Zuckerberg said the company would give $ 10 million to “groups working on racial justice,” while Amazon, Netflix and Instagram issued statements expressing support for its black employees and users.

Cook said Apple also made donations on Sunday to organizations including the Fair Justice Initiative, a nonprofit organization focused on criminal justice reform. Cook did not name the other organizations or disclose how much money Apple donated, but said the company would match donations from certain employees two-for-one during the month of June.

“To create change, we have to reexamine our own views and actions in light of pain that is felt deeply but often ignored,” Cook said in the memo.

See also  HBO Max 'does not change the rules of the game' for WarnerMedia: analyst

Apple did not immediately respond to a request for comment Monday morning.