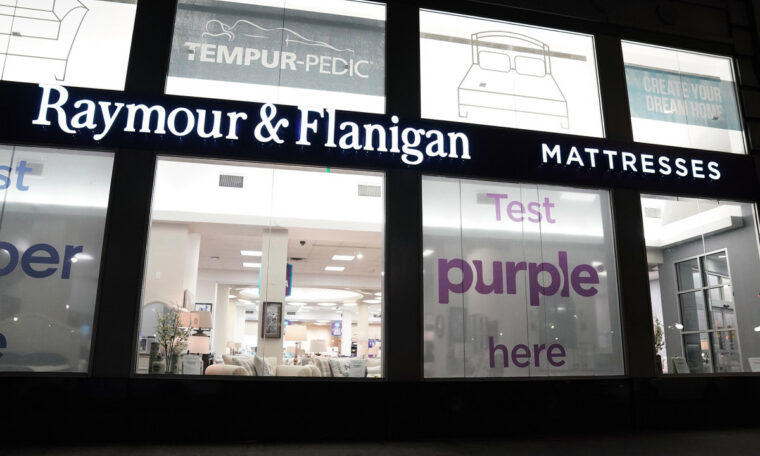 Furniture street vendor Raymour & Flanigan has halted efforts to reopen its stores in New York after The Post wrote about the controversial practice, employees said.

“We were told that we are ‘on hiatus’ and will receive an update later today or tomorrow,” an Empire State store manager said of the orders he received after The Post story was published.

“We were told to ‘wait’ while ‘looking for their attorneys,” said a sales associate at Raymour & Flanigan on Long Island. The employee said he received the call moments after he came to work Thursday for the first time since late March, when the pandemic caused quarantines across the country.

As The Post reported on Wednesday, legions of Raymour & Flanigan employees have been called back to work in recent weeks to reopen their doors to customers, who book hour-long appointments on the company’s website.

But the reopens are taking place at a time when furniture sellers, including Raymour & Flanigan, have been declared non-core businesses in New York, meaning they are only allowed to open to pick up on the sidewalk or pick up at Shop previously purchased items, starting May 15.

Businesses that violate the rules face heavy fines of up to $ 10,000 in New York and revocation of their licenses. Meanwhile, employees have complained that the reopens put their lives at risk.

Large retail chains aren’t the only companies looking to defy blockages that extend into their third month with no obvious end in sight. Family-owned retailers are also testing the limits amid mounting frustrations over requests to stay home that threaten to take them out of business.

As The Post reported Thursday, Staten Island tanning salon owner Bobby Catone defiantly reopened on Thursday as protesters cheered. The cops quickly shut him down and slapped him with a $ 1,000 ticket.