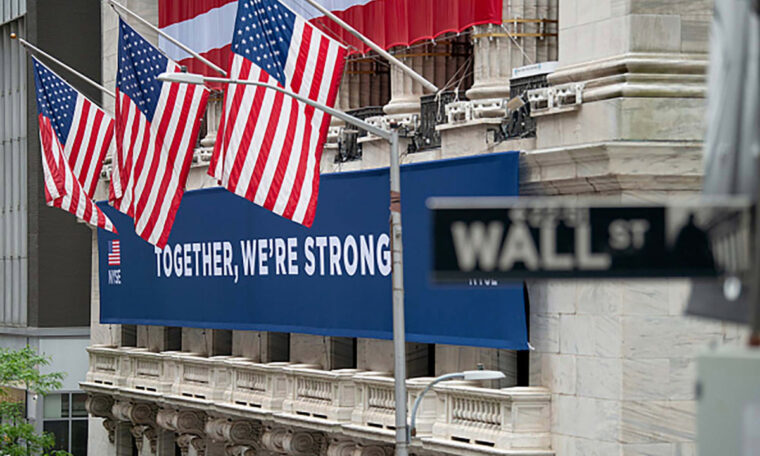 The U.S. actions breathed a deep sigh of relief on Friday after President Trump’s harsh conversation with China did not include the announcement of new tariffs.

Trump’s announcement was expected to add heat to the simmering battle between the world’s two largest economies and throw some cold water in the recent stock market recovery. Instead, Trump announced that the United States will no longer fund the World Health Organization and will remove Hong Kong’s special relationship status after Beijing’s intensified foray into that city.

Both measures came to fruition as Trump has been threatening the WHO for months and Secretary of State Mike Pompeo determined earlier this week that Hong Kong was no longer autonomous enough from China.

“The world needs answers from China about the virus. We must have transparency. Why did China shut down infected people in Wuhan to all other parts of China? Trump said from the White House rose garden.

“There is a fear that it will lead to a growing escalation of tensions between the United States and China,” said Quincy Krosby, chief market strategist at Prudential Financial. “The concern is that this could lead to an abrupt closure of the phase one trade agreement.”

Those fears were not realized on Friday.

“That was in part a relief rally,” said Lindsey Bell, chief investment strategist at Ally Invest. “The market was expecting something much worse related to the trade deal, but in the end there wasn’t much to chew on.” Just a great dip for people to buy. “

Wall Street has starred in a comeback from its coronavirus-fueled crash in the past two months as states began easing blockades aimed at controlling the pandemic. The S&P closed just 10.7 percent below its all-time high reached in February on Thursday.

Now that markets have ruled out the possibility that a trade war will reignite with China as the country reopens the pandemic, analysts expect more green days ahead.

“Investor optimism returned after a week in which some of the economic data has become less dire,” Bell said.