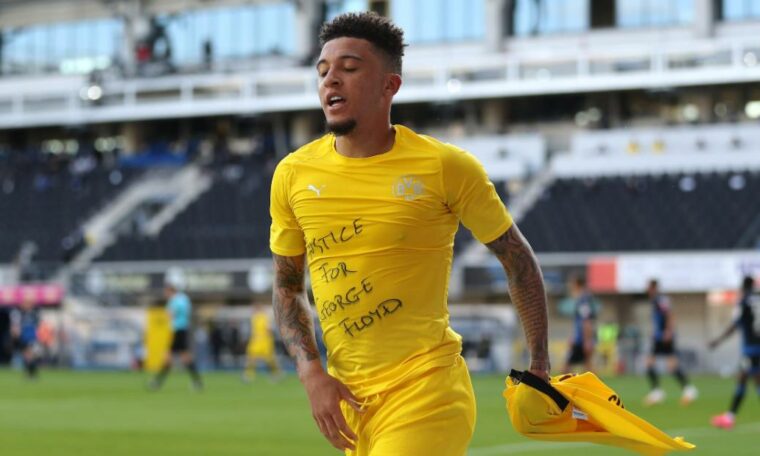 They joined other Bundesliga stars protesting the death of Floyd, 46, who died in Minneapolis during an arrest by a police officer, who pinned him for several minutes by kneeling on his neck.

The victory leaves Dortmund seven points behind leader Bayern Munich, 5-0 winner over Fortuna Dusseldorf on Saturday, with five games to go, but a timely victory after losing ‘Der Klassiker’ to Bayern midweek.