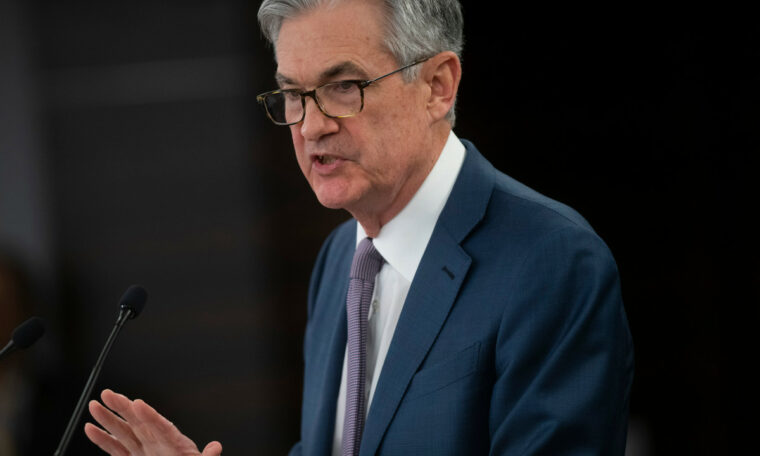 Federal Reserve Chairman Jerome Powell acknowledged on Friday that the Fed faces a major challenge with the launch in the next few days of a program that will lend to companies other than banks for the first time since the Great Depression.

The Fed’s Main Street Lending is targeted at midsize companies that are too large for the government’s small business loan program and too small to sell bonds or stocks to the public.

The individual loans, which could reach $ 600 billion, will be technically made by the banks. But the Federal Reserve will buy 85 to 95 percent of each loan, which will reduce the risk for banks and free them to make more loans.

Powell said Main Street will make its first loans in “a few days.” He previously set June 1 as a goal, or soon after.

He noted that the complexity of the program goes far beyond the usual Federal Reserve lending efforts, which generally involve the purchase of bonds. The Main Street program will consist of one-time loans to individual businesses.

“It is by far the biggest challenge of the 11 facilities we have established,” Powell said.

Speaking in an online question-and-answer session with Alan Blinder, a Princeton economist and former Fed vice president, Powell also said he is concerned that a second wave of the coronavirus, perhaps in the fall, will harm consumer confidence and weaken any economic recovery.

For the economy to fully recover, Powell said, Americans must trust that they can shop, eat in restaurants, or visit public places without risking infection. For that reason, he said, tracking the spread of the virus is, in any case, more important than economic data to assess any recovery.

“A second wave would really undermine public confidence and could lead to a significantly longer and weaker recovery,” said the president.

Addressing the Main Street Lending program, Powell said his main goal is to help preserve jobs or make it easier for workers to find new jobs. Businesses with up to 15,000 employees or $ 5 billion in revenue are eligible.

“That is the goal of this exercise,” he said.

However, unlike the government’s small business loan program, Main Street borrowers will not be required to keep their employees. Instead, they will be required to make “commercially reasonable” efforts to hold on to their staff. That has drawn criticism from Sen. Elizabeth Warren (Massachusetts Democrat) that Powell and Treasury Secretary Steven Mnuchin, who has endorsed the Main Street effort, have not done enough to ensure that the program does in fact protect jobs.

Powell said Friday that the Main Street loans are intended for companies that were healthy before the pandemic and that will likely remain viable. But many Fed watchers have argued that the program will not be very effective unless it is willing to make risky loans that could fail. The Treasury Department has provided $ 75 billion to offset losses.

Mnuchin had initially indicated that the Treasury wanted all of that money to be paid, which could have forced the Federal Reserve to be too cautious. But earlier this month, Mnuchin backed down, saying the Treasury was willing to take losses on the Main Street loans.

The Fed has reacted to the sharp slowdown in the economy by reducing short-term interest rates to near zero and buying $ 2 trillion in Treasury securities and mortgage-backed bonds to keep credit markets running. It has also announced 11 separate loan programs aimed at supporting corporate, bank and home loans.

Approximately 30 million Americans, about one in five workers, receive unemployment assistance as a result of widespread business closings and record drops in consumer spending. All states have begun phased reopens of their economies, which has produced a modest recovery in consumer spending. Still, Powell previously said the unemployment rate is likely to peak between 20 and 25 percent in May or June.

In his most recent public comments, Powell has stressed that the United States is caught in an “unprecedented modern” economic shock and that Congress should consider providing more financial aid soon to support states, localities, businesses, and individuals to avoid a recession. even deeper.