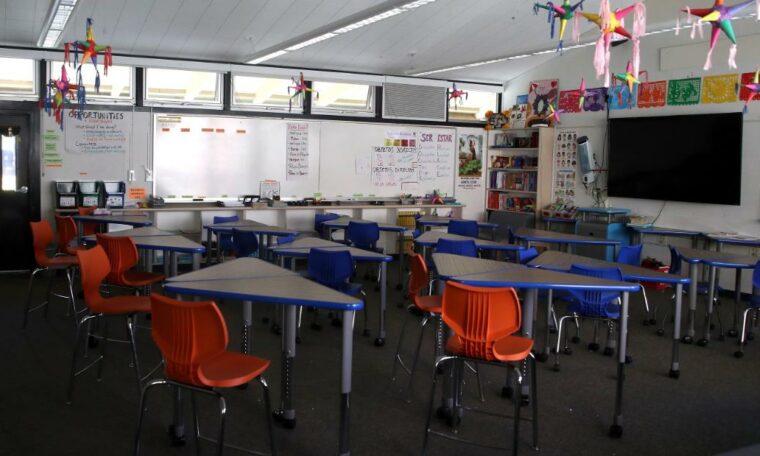 The guide issued by the US Secretary of Education. The US, Betsy DeVos, in late April instructed states to allocate more of federal aid to private schools, which some Democratic and Republican lawmakers and state leaders say goes against the intent of the law. DeVos said last week that he intends to formalize his guidance by moving forward with a legal rulemaking process, which could take at least a month. and also delay planning for the fall.

“The intention was to get these emergency funds to schools as quickly as possible,” said Danny Carlson, director of policy and advocacy for the National Association of Elementary School Principals. “But the Department’s measure freezes local education leaders and decision makers because now they don’t know what is allowed and what is not,” he added.

Private schools will receive aid under the $ 2 billion package of Congress approved in March. But DeVos’s guide, a longtime advocate of private and religious schools, as well as charter schools, instructs states to use a calculation that would ultimately funnel more money to private schools.

Instead of basing the allocation of money on the number of low-income students enrolled, it requires counting all private school students in the calculation. That would divert some of the money from public schools.

Private schools in Louisiana, for example, would receive 267% more funding under DeVos’ guidance, according to the letter.

See also  Cups of the season

But DeVos has noted that private schools are struggling, too, and many have said they won’t be able to reopen.

“While I understand the reflex of sharing as little as possible with students and teachers beyond their control, it would remind states and LEAs (local education agencies) that their non-public schoolmates have also been overwhelmed by Covid-19.” DeVos said. he wrote in response to Miller’s letter.

“I would encourage educators everywhere to care as much about those students and teachers as they do about those in public schools,” he added.

Republican Senator Lamar Alexander, chair of the Senate Education Committee, also acknowledged that the Secretary’s guidance was not how Congress expected the funds to be used. The law referred to a calculation used for Title 1 funds for low-income students.

“I think most of us think that the money from the CARES Act would be distributed in the same way that Title I is distributed,” Alexander said in a call with reporters, according to a transcript provided by his office.

Schools need the money to reopen

Some states, such as Mississippi, Indiana and Maine, recommend that districts follow the law rather than the Department of Education’s guidance, which is not binding.

In Mississippi, Superintendent of Education Carey Wright has decided to go ahead and ignore DeVos’ guidance. The state will allocate funds based on how many low-income students are enrolled in a private school rather than the total number of students.

“To be honest, the law was very explicit. Based on the legal guidance they have given us, I don’t know how we could be wrong to follow the law,” Wright said.

His agency is developing a new form for schools to submit to request the money, which should be ready in a matter of weeks. Once schools get the funds, they’ll be able to spend it on a wide range of things to help them tackle the impact of Covid-19.

She has come up with a plan that would combine state and educational funds to give each student a laptop and make sure they can connect to the Internet. Currently, about 20% of the student population does not have internet access.

She also wants to make sure teachers have access to online teaching materials. Schools are currently designing what type of schedule to implement for the fall. If students come to school in turns, districts may need to hire more staff.

“We are planning a reopening, and a possible second closure and reopening. We are concerned about a resurgence of the crash,” Wright said.