The International Monetary Fund’s board of directors’ postponement of the examination of the extended credit facility for Tunisia casts doubt on the country’s economic situation, especially as this $1.9 billion loan needs to breathe new life. Air in suffocating public finances.

The consideration of the file, originally scheduled for December 19, was postponed after the country’s economic and political sectors breathed a sigh of relief following an in-principle agreement with the International Monetary Fund’s technical committees on the loan, confounding calculations. The Tunisian government’s room for maneuver has been significantly reduced.

The unexpected postponement raised fears about the credibility and sustainability of public finances at a time when the executive was putting the finishing touches on a new fiscal bill that would have counted the debt from the first quarter of 2022. .

In addition to its expected impact on public finances, Tunisia hopes to secure new financing for its economy and to secure its budget balances.

“The agreement with the IMF will allow Tunisia to access other financial sources (the World Bank, the African Development Bank, the Islamic Development Bank and other donors”), confirmed Mohsen Hassan, an economist and former trade minister on the matter.

He added that these companies are waiting for the green light from the fund to lend to Tunisia, which is trying to get out of the financial crisis and repay its debts and obligations.

Behind this upheaval, many observers point to the government’s misguided approach to managing the IMF loan file, the lack of a real business plan and clarity on the reforms to be undertaken, all aggravated by serious tensions with key social partners. The influential central trade union organization is the General Union of Tunisian Workers.

Economist Ezzeddine Saidane, who has studied the IMF’s approach, described deprogramming as “a form of extreme rejectionism”, explaining that the real reasons behind the decision lay, among other things, in the IMF’s desire to “make sure in advance that other donors are willing to join”. in order to achieve together the reform program proposed by the State in question”.

Underscoring in a post on social networks, other donors and rating agencies are wondering about the ability of the Tunisian authorities to carry out the reforms they have promised.

With this report, the IMF wants to ensure that the LF 2023 does not conflict with the reform plan used to obtain the IMF’s provisional agreement, he explained.

For academician and economist Ridha Chkoundali, the main reason for this decision is the disagreement between economic and social actors on the content of the reforms included in the reform plan.

Chkoundali, quoted by the media, believes that the consequences of the postponement will be more serious and worsen the suffocating financial crisis the country is experiencing.

In recent days, the powerful central trade union UGTT has stepped up to demand clearer communication about reforms and the government’s commitments to the international financial system.

In a recent press release, the UGTT expressed its surprise and anger at what the government described as a “lie” about the participation of the Union or its experts in the development of the reform plan presented to the International Monetary Fund.

The union center categorically denied that it was aware of the content of the agreement between the Tunisian government and the fund.

On October 15, 2022, the IMF announced that its staff and Tunisian officials had secured a staff-level agreement to support Tunisia’s economic policies, with a 48-month arrangement, under an extended credit facility of approximately $1.9 billion.

A new date will be agreed between the Tunisian authorities and the International Monetary Fund regarding the review and approval of the extended credit facility for Tunisia, an official source cited by the media said. Details of the reform plan they presented to him. 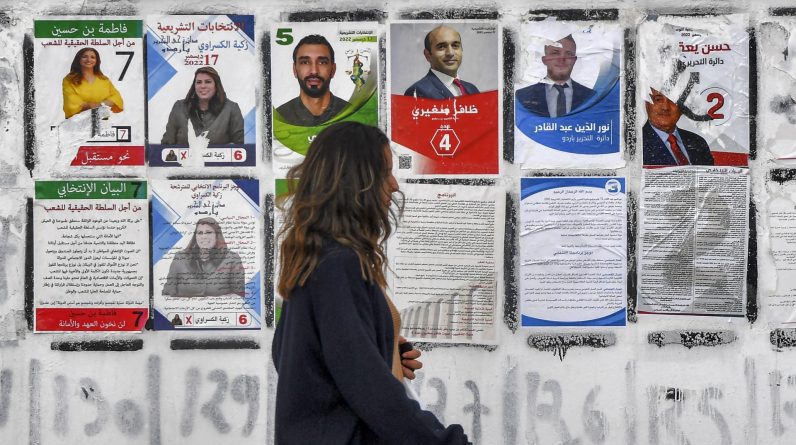