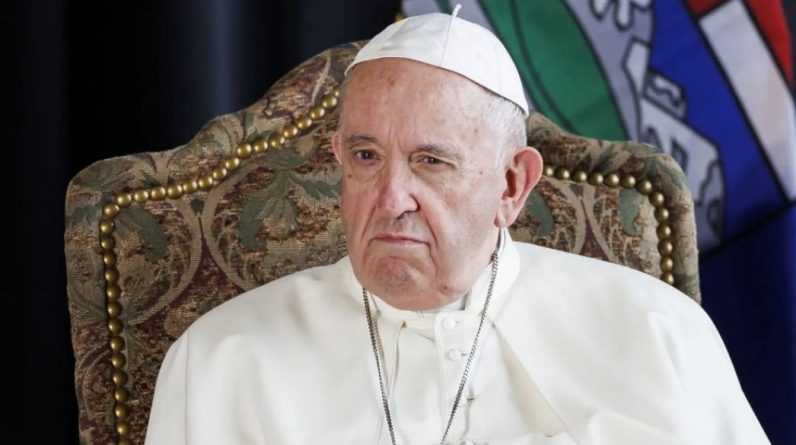 At the Vatican, 2022 will commemorate the promulgation of the new Apostolic Constitution. Praise the gospel, which creates the new structure of the Roman Curia, the central administration of the Catholic Church. However, Pope Francis did not limit his action to Rome, but intervened directly to reform the functioning of several ‘satellite’ Catholic bodies, which legally benefit from a certain autonomy.

This is the first place in the Order of Malta, which, although affiliated with Rome, is a sovereign body and officially independent of the Vatican. For five years, the Pope had been asking the Holy Land Hospitallers to reform after sacking then-grandmaster Fr Mathew Festing amid internal tensions in 2017. The Pope finally decided. Remembering that the order was sovereign, he imposed on it a new constitution drawn up by a small committee headed by his personal envoy, Cardinal Tomasi. To implement the regime change he imposed on the Order, he completely replaced the “Sovereign Council” that governed it and appointed a new Lieutenant Grand Master.

The papacy intervened with the Catholic work of Opus Dei, which since 1968 has enjoyed legal status beyond private ownership. After the publication of the new Constitution of the Curia, Pope Francis decided to bring it, first under the control of the Synod of Bishops, and henceforth under the control of the bishops. Finally, the head of the order – the highest representative – is no longer automatically a bishop. These actions go in the direction of normalizing the place occupied by Opus Dei in the Church and in Rome.

The management of Caritas Internationalis, the confederation that coordinates the action of the Catholic Church’s 162 central humanitarian organizations, also stepped down on November 22 after an audit, amid internal management problems. To address them, the pope appointed an extraordinary commissioner to oversee the organization and announced his desire to improve administrative standards and procedures. The decision was announced before Caritas representatives from nearly 60 countries gathered in Rome. “It’s like being on Twitter,” gasped one member of the Curia, referring to the management of the American company bought by Elon Musk, who was recently fired. Manu Army Hundreds of employees.

Is it an “authoritarian” or “violent” style used by the head of the Catholic Church?

Common to these three ‘reframings’ directed by the Pope, they were formally announced without prior notice to the management of the institutions concerned. Each time, they inspired surprise, both internally and externally. Thus, diplomats accredited to the Holy See – raised the question I. Media – expressed some dismay at the “authoritarian” or “violent” style used by the head of the Catholic Church.

A reaction some people put forward. Therefore, Father Cristian Mendoza sees behind these interventions of the Pope “his ordinary style of governance”. A Mexican professor of social theory who teaches at the Pontifical University Santa Croce In Rome, the Pope insists he has been doing this since his time as archbishop of Buenos Aires because he fears the “excesses” that can occur in these organizations and wants to bring more “transparency”.

In an interview America Published In 2013, the pontiff acknowledged that he had exhibited authoritarianism in the 1970s when he was a Jesuit provincial in Argentina, however, he vowed that he had changed. He said he prefers to consult people rather than make decisions in isolation.

See also  Twitter: Why are single-word viral tweets taking over the social network?

Today, he favors a specific option regarding these consultations until the moment of decision. Additionally, it often happens that he chooses not to talk to certain authorities. It’s because he doesn’t “trust” them, Father Mendoza thinks. “When we come to see him, we often present him with an embellished truth,” he says, which is why he invites outsiders.