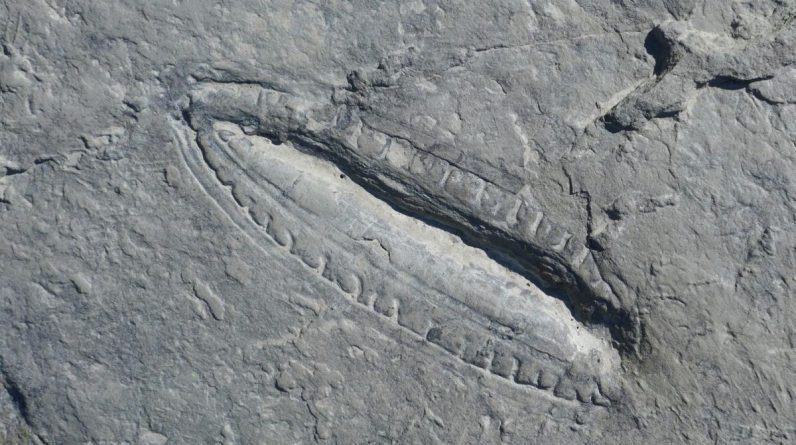 The Ediacaran spans from -635 to -541 million years in Earth’s history. Its name refers to the Ediacara Mountains, where fossils of the first animals on Earth were found between 600 and 580 million years ago. Fossils from the same period have recently been discovered in the formation Doushantuo, south of China, confirms the first episode of a planet-wide biodiversity explosion. A succession of terrestrial life was experimented with without equivalent life forms, but some of these first animals bore striking resemblances to present-day animals. Witness these new fossils, recovered in 2018 from rocks near the White Sea in Russia and exquisitely analyzed by scientists from the Australian National University (ANU).

Animals with a mouth and a developed gut

Among them, two animals play a role in this new study published in the journal Current Biology : Kimberella It looks like an oval slug (the largest of which is 15cm long and 7cm wide) and calyptrina, Like a tube worm. Using advanced chemical analysis techniques, ANU scientists were able to extract and analyze the sterol molecules in fossil tissues. They discovered phytosterols in the intestinal tract, confirming that these feed on algae and bacteria. By looking closely at the molecular remains of what made up their last meal, we were able to confirm that both of these animals had a mouth and gut, which digested food just like modern vertebrates.

We already know that Kimberella Feeds on seabed algae (traces have been found near fossils) but no information is available regarding its digestive system. as Calyptrina, researchers until now thought they didn’t have a gut. As it turns out, these two were perhaps some of the most advanced creatures of their time. Feeding on algae, a major source of nutrients, may explain their large size.

Another form of food

The same analytical technique has been applied to fossils Dickinsonia, An animal that broke size records, as the largest could reach 1.4 meters in length. For this, no traces of food molecules or intestines were found. This suggests a different feeding method: it must have absorbed food with its entire body as it roamed the ocean floor, as modern placozoans do.

Although life experienced an evolutionary spurt during the Ediacaran, which scientists named the Avalon Explosion, these efforts largely failed, and most animals of the period disappeared without leaving descendants. The Cambrian (-540 to -485 Ma) would have to wait for a new radiation episode with the appearance of a variety of life forms. Burgess is represented by Fauna Some of them have survived to this day.