Home World Mr. Burida: Crises in the Mediterranean require structural responses based on an operational approach 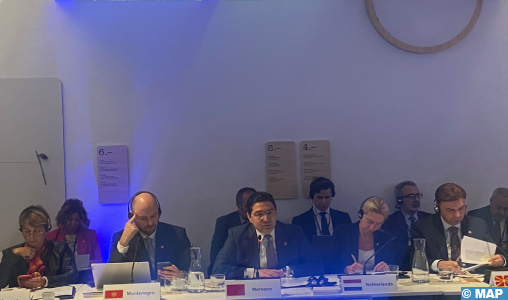 Barcelona – The crises affecting the Mediterranean region require structural responses based on an operational approach, said Nasser Bourita, the Moroccan Minister of Foreign Affairs, African Cooperation and Abroad, on Thursday in Barcelona.

“The crises affecting the Mediterranean are structural, not temporary. They must respond in the same fashion: with a long-term vision and an immediate operational approach,” said Mr. Bourita said. During the second edition of Mediterranean Day.

“Reaffirming the commitment to the project objective of the ‘Shared Stability and Prosperity Area’ is necessary, but not sufficient,” the minister said, calling on the member states of the UfM to “mark the path”. To achieve this objective, set common priorities and commitments for all.

In this sense, Mr. Purita emphasized that “the principles must be acted upon, and anticipated, and the overall coherence and vector actions must be developed in the long term” and that “common thematic policies must be targeted, planned and financed to actually operate.” Among the issues”, for example, the EU announced the end of the marketing of vehicles with internal combustion engines by 2035, no Euro-Mediterranean plan was adopted to absorb this adjustment of the EU paradigm.

Regarding the instruments of partnership, Mr. Burida called for an improvement in the effectiveness of the UfM’s mechanisms and appealed for a more ‘Mediterranean protagonist’. Quietly, expand its agenda, speed up the pace of meetings and strengthen partnership ownership.

“We need to see more of the UfM and feel more of its activity,” he stressed, promising that “it is time to invest in the headquarters with a forward-looking view, not to run behind crises and fail to anticipate them.” , to establish a renewed governance with greater coherence between the various institutions involved in the Mediterranean, and to place the Mediterranean in our policies at the policy-making stage, which is still not in place today.

Based on this observation and the analysis of the responses provided by the UfM to several challenges such as political stability and energy, food, integration, socio-economic, migration and security crises, “conversion and Iranian ideological entry”. ‘, Mr. Purita described three situations.

First, he lists “promising responses” in some areas, such as climate change and youth, and they need to be amplified, while “insufficient responses” in important topics such as energy security and “absent responses”. Regarding food safety and security.

The 7th UfM Regional Forum, which brings together the foreign ministers of the 42 member states, is co-chaired by Joseph Borrell, Vice-President of the European Commission and High Representative of the EU for Foreign Affairs and Security Policy. By Ayman Safadi, Minister of Foreign Affairs of the Hashemite Kingdom of Jordan.

The Spanish Ministry of Foreign Affairs, Minister for European Union and Cooperation José Manuel Álvarez and the Secretary General of the UfM, Nasser Kamel, will participate as hosts.

On the forum’s menu, exchanges on the next steps to be taken to improve cooperation, development and integration in the Euro-Mediterranean region.

This year, the Forum hosts a meeting between young Euro-Mediterranean people from civil societies across the Mediterranean. Prosperity.