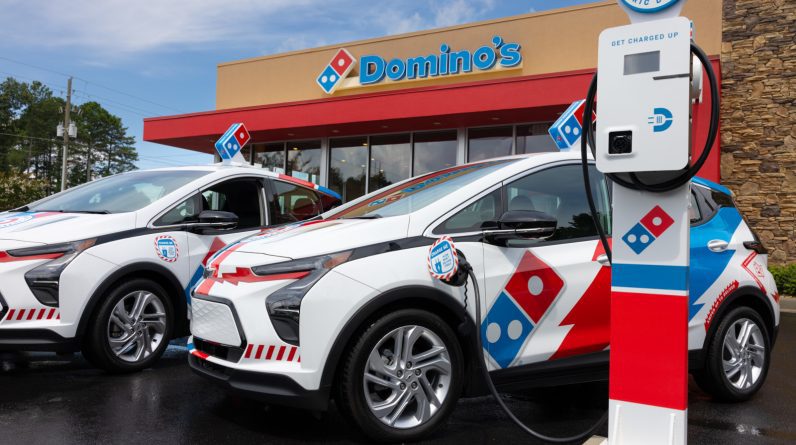 Domino’s Pizza is about to receive the first 100 units of the 800 Chevrolet Bolt EVs it ordered for its delivery fleet.

According to Domino’s, it will have the largest electric pizza delivery fleet in the U.S., helping it achieve its goal of becoming carbon neutral by 2050.

Domino’s says its EVs will help lower operating costs by providing emissions-free deliveries and requiring less maintenance than gas-powered cars. Additionally, the electrification of its fleet will reduce the impact of rising fuel costs on the company’s bottom line.

General Motors and Domino’s Pizza say the Bolt EV’s 417 kilometer range will allow it to deliver for days without recharging, which may be necessary if the chain’s restaurants don’t have as many chargers as EVs.

This isn’t the first time Domino’s has moved away from a traditional gas-powered car for its delivery service, as some of its stores have been dispatching orders on electric bikes and scooters for some time.

In addition, pilot programs have been conducted to test the reliability of self-driving vehicles and pedestrian robots as alternative means of getting pizzas from restaurants to customers.

However, this is the first time the company has invested so much in a new delivery system.