Home Economy Tesla is recalling 321,000 vehicles in the US 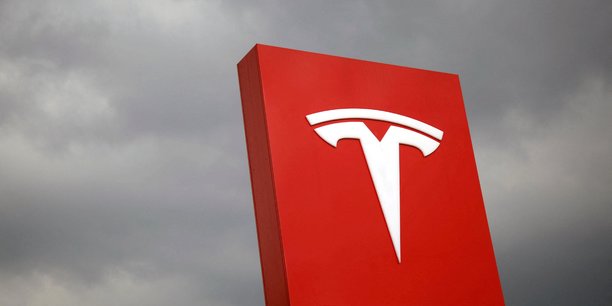 This is a bad signal for the electric car company. US manufacturer Tesla has begun recalling 321,628 vehicles in the US due to problems with rear lights that could increase the risk of collisions. “In rare cases,” the company explained in a document to the agency that the taillights of cars affected by a software glitch that could lead to false detections during the ignition turn on intermittently. The US Highway Safety (NHTSA) dated November 15th made public this weekend. Brake lights, reverse lights and turn signals are not affected.

Tesla is offering a free remote software update to address the issue in affected 2020-2023 Model 3 and Model Y cars. The document explains that the team led by Elon Musk was alerted to the problem by customers outside the US in late October and confirmed its appearance on November 7. THE MANUFACTURER IS NOT AWARE OF ANY INCIDENT OR INJURY RELATED TO THIS PROBLEM.

Its revenue has been disappointing despite the increase in profits

Tesla doubled its net profit in the third quarter, thanks to higher prices for its electric vehicles and an increase in its deliveries, but its revenue disappointed.

Elon Musk’s group posted a net profit of $3.3 billion, close to its record, on revenue of $21.4 billion, while analysts were expecting nearly $22 billion.

Tesla has been increasing its long-term goal of deliveries by an average of 50% per year, although 2022 looks difficult to achieve. The group should deliver nearly half a million electric vehicles in the fourth quarter. This compares with 344,000 in the third quarter.

Tesla says it’s ramping up production “as quickly as possible.” But “logistics volatility and supply chain disruptions remain immediate challenges even as they improve,” the group said.

Elon Musk’s company claims that it produced 20,000 more vehicles than it delivered in the third quarter, citing difficulties in delivering to customers. Some wonder if an explanation that doesn’t actually convince viewers is a sign of a lack of demand. Elon Musk has promised not to worry about the site so far, waiting lists are long.

But mortgage rates are rising, the economy is slowing and the cheapest Tesla is $48,490. And observers wonder if customers will continue to want such high-priced cars.

These concerns contributed to a slide in Tesla’s stock, which has lost more than 35% since the start of the year. The topic is also affected by the gloomy situation in the financial markets and fears that Elon Musk will have to sell more of his shares to finance his acquisition of Twitter. The multi-billionaire has already sold more than $15 billion of his Tesla stock this year, indicating that he intends to finance at least some of the acquisition.