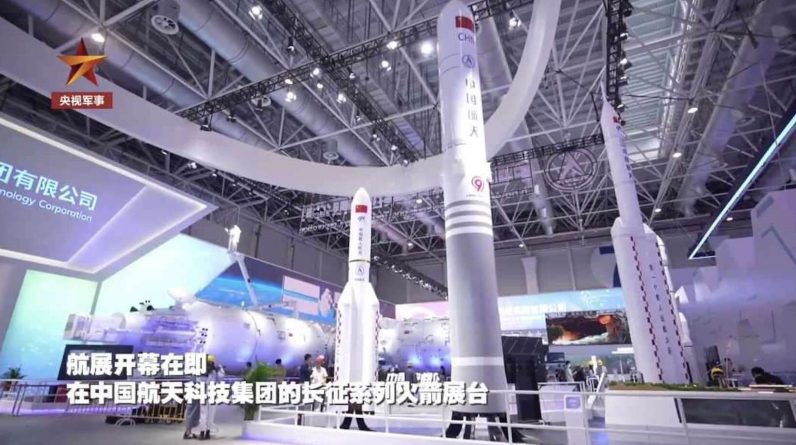 It was all speculation until now, now it’s official. China has chosen a new design for its Long March 9 lunar rocket, including reusability. About ten days ago, the first prototype was displayed as a prototype during the major aviation and aerospace exhibition in the southern city of Zhuhai.

So the rocket that will carry the first Chinese astronauts to the moon will be reusable. Its design was confirmed on Chinese television on November 7 by an official from CALT, the China Academy of Launch Vehicle Technology.

The old design matched the Long March 5, but was larger. The LM-5 is the most powerful Chinese rocket in training. The Chang’e 5 lunar sample recovery mission, the Tianwen-1 Mars lander and the new Chinese space station modules were sent into space. The old version had a central body with new engines, the Long March 5’s only central bodies were multi-sided boosters with liquid propulsion! The new reusable design adopted is quite different.

The chosen design is a three-tiered mega rocket with a height of 108 meters and a diameter of 10 meters! The super-heavy launcher weighs 4180 tons, making it more powerful than the SLS Block 1.