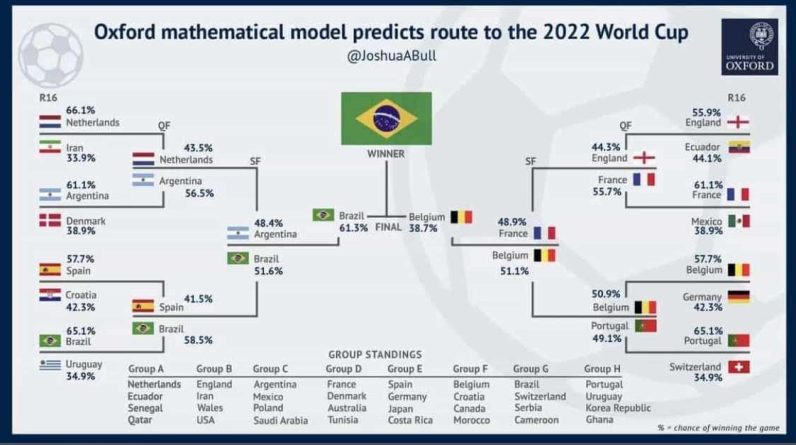 Predictions of Mathematical Institute University of Oxford To make Brazil the champion of the world cup.

Mathematician Joshua Bull, in a roughly twenty-minute video available on Oxford Mathematics’ YouTube channel, showed predictions about the winning team at the tournament in Qatar during the 22nd edition of the Worlds. A mathematician from Oxford University’s Institute of Mathematics predicted Brazil’s coronation. Auriverde will beat Belgium in the final.

In this model by an Oxford University mathematician, Brazil will meet Argentina and Neymar will be the winner.
The Samba team will qualify for the finals. In the other pot, Joshua Bull put the Belgian national team on top of the group after beating defending champions France.

Brazil and Belgium will play in the finals of this tournament. According to the predictions of a mathematician who shared his results on the official YouTube channel of Oxford University’s Institute of Mathematics, the South American team will win the tournament.

Besides, according to Joshua Bull’s prediction, teams like England, Netherlands, Spain and Portugal will exit in the quarter-finals.

The mathematician was not on his first try. He is the winner of Fantasy Football 2020 which brought together more than 8 million participants.
He often gives predictions for football matches through his personal social networks.

See also  A trophy or a girl? According to this visual psychology test, find out what it is like to be in love 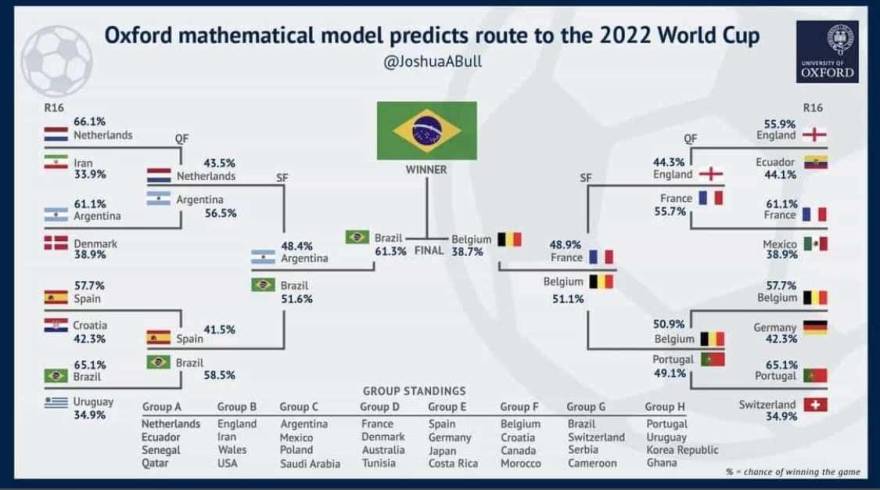