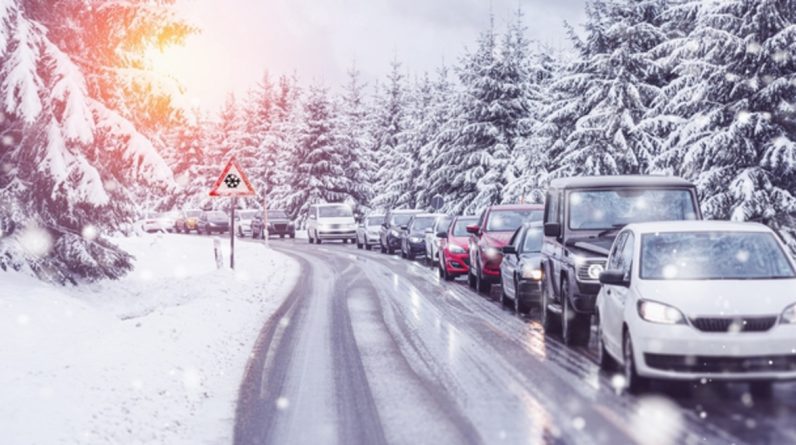 Unsettled weather will continue in France until the middle of next week. Sea air, moist and fresh, snow falls heavily on our massifs. If the soil can be temporarily bleached above 1300 m elevation, a significant thickness is observed especially between 1500 and 1700 m elevation. High stations will benefit from regular plastering, creating the first sub-layers for winter. In this context, the Pyrenees and the Alps are best served. The lower massifs are covered with snow only at their summits.

From this Friday, the flow turns west-northwest, which is a very favorable environment for snow events in the Pyrenees, as disturbances are permanently blocked in the chain. Rainfall in the plains turns to snow at an average altitude of 1400 m. The whole chain is concerned, but the most significant accumulations are expected in its western part. A thaw will bring this rain-snow range up to 2200m on Sunday, but quickly drop to 1300m on Monday and Tuesday.

Waiting in between 1m and 1.50 above 1800 m altitude In the west of the chain from here to Mercury, 50 cm to 1 m in the east, slightly less towards the Pyrenees-Orientales due to the frequent tromontane chasing disturbances.

In this context, it is important to be aware of the risk of heavy and wet snow avalanches, landslides in valleys along road axes and flood plains. As for the access roads to the resorts, they are difficult to pass on Mondays and Tuesdays above 1500m or there is a risk of the passes being impassable. Not forgetting that “winter” tires are mandatory from November 1, requiring special equipment.

Alps: A clear accumulation next week

As for the Alps, the snow fronts have passed since this week, but with moderate activity and higher altitudes above 1800 meters. This Friday morning, the temperature began to drop and the soil turned white from 1400 meters.

The Alps will be covered in snow, especially on Monday and Tuesday, and a strong depression will develop between Corsica and the Alpes-Maritimes, including the Southern Alps, on Monday. Thickness is significant and common from an altitude of 1400 m, sometimes less. 50 cm to 1 m above 1800 m in the Northern Alps, 40 to 60 cm in the Southern Alps, and possibly more in Mercandur depending on the severity of the onset from the east.

This wintry environment will not be accompanied by bad weather in the Northern Alps, but it is important to monitor the two days of Monday and Tuesday in the Southern Alps, which will experience heavy rain below 1300 m. As a result, heavy rain and especially snow on Monday and Tuesday, sometimes from 1300 m, but especially at 1500 m, will make access conditions to stations and passes problematic.

Other Massifs: Only the highest peaks are covered with snow

Hence the weather condition promises to favor heavy snowfall above 1400 to 1500 meters on average. Down below, the air mass is not cold enough to produce a steady and sustained snowfall, especially as a thaw is expected late next week. Thus, the Avvur peaks and the Jura mountains can be whitened from 1300 to 1400 m, with winter conditions (wind, cold and snow with ice) above 1600 m. So it only applies to summit areas. 10 to 20 cm may fall on Monts d’Or, Cantal (Auvergne) or Monts Jura, forming wind-linked avalanches. But this snow cover is not of good quality, is highly altered by temperature variations, and then does not last very long on the ground.

Is this snow good for the Christmas holidays?

If the spatulas are itchy, that’s the question you’re asking yourself, and it’s an important question for ski resorts. A month before the school holidays, our massifs were almost snow-free until today. So his visit will be sensational, but likely short-lived. In this regard, our Long term forecast Expect no precipitation (rain and snow) in December in France, except in the extreme south around the Mediterranean. Other snowfalls can therefore be thought of as occasional occurrences in the Pyrenees and the Southern Alps. But further north, and a fortiori in the lower mountains, the lack of snow can then extend until December. So while the massifs had to make use of the snow that fell in early December last year, there is only a chance of a big foot of snow before the holidays.

The good news is even more relevant: our Seasonal forecast Imagine the return of rain (hence snow on the mountains) in January and February.