As an art form, some elements of cinema will always stay the same. The basic film canvas is defined, but it’s the details within that canvas that are in a constant state of flux. Technology plays a big part in this evolution, but just as important are the changing tides of culture.

Over time, what is popular in film begins to change, moving in and out of mainstream consciousness, and rarely is this as obvious as it is within Westerns and casino films. The reasons for this change are important, illustrating developments that reach far beyond these genres and topics alone.

For most film buffs, the classic age of casino movies could be found from the 1950s to the 1970s. Here, films like The Gambler and California Split, both released in 1974, captured the spirit of a casino that didn’t exist outside of the public imagination. The casinos on film at this time were often seen as far more dangerous and seedier than they’d really be. This was mirrored by another genre of film that was popular at the time, the Western.

The golden age of the Western was placed around the 1940s and 1950s, after which it slowly faded from the big screen. Westerns of the time were exciting, there were adventurous, but they also weren’t especially accurate to what was usually a banal and surprisingly uneventful existence. In this way, casino films became a sort of spiritual successor to Westerns. Casinos represented a new, exciting, and technological frontier while also borrowing from the types of card games that cowboys were often purported to love.

The Technology of Change

Unlike cowboy ranching, which was in eternal decline, casinos only grew more popular. They still had some huge hits over the years, but the ideas behind casino films had begun to change. In real life, these changes were portended in the late 1990s, when the internet reached the mass public. With the world wide web working itself into millions of homes, the tech age had appeared, and online casinos arrived to evolve the face of the industry.

Instead of only those who lived close by casinos being able to play, now almost anyone with an internet connection could. No more getting dressed up, no more spending on long trips, and no more dealing with other rowdy players unless a gambler wanted to. Over time, the online casino industry kept expanding, with so many options available that websites comparing different offers or listing expert reviewed sites sprang up. Yet, even though it’s worth more than $65 billion today, the online market continues to evolve. This isn’t just true on the macro scale either, as even casinos within countries are still moving forward after decades of progress. 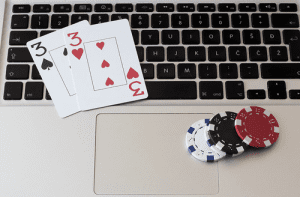 Together these developments have led to a situation where films based on casinos are more technological than ever before. They use high-tech gadgets, and technobabble, and are sometimes more concerned about online casinos than traditional brick-and-mortar establishments. Make no mistake, this is a situation where both physical and online casinos will continue to thrive, but when it comes to movies, don’t be surprised if tech and the online space become an increasingly dominant focus.