Home Science Balance disorders under the eye of NASA 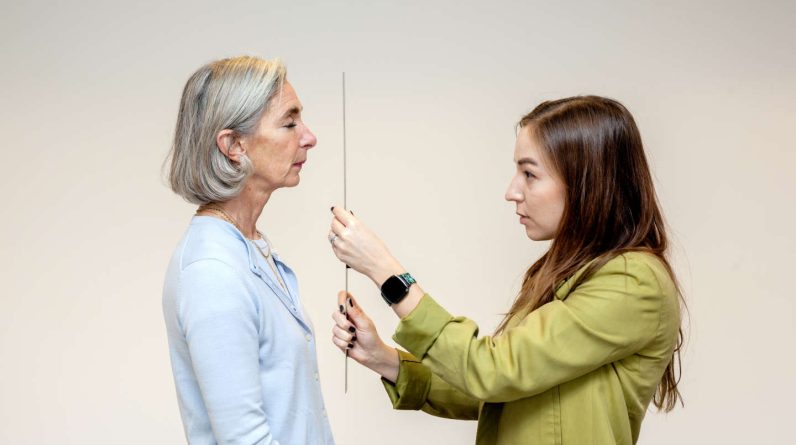 Nomi, 39, bravely steps forward. The young woman places her heel on the tip of the opposite foot and walks step by step along a line drawn on the floor. Researchers note the number of steps she takes without moving. Then Nomi closes her eyes and repeats the exercise, a pure challenge. She stumbles frequently, and the two experimenters who monitor her are alert.

This test is a classic for assessing balance disorders. In early October, Noemi presented on the campus of the University of Cannes, where about thirty patient volunteers from all over France had gathered. Over four days, a battery of tests helped researchers assess their postural balance, their ability to walk in the presence of obstacles, their perception of angles, distances and time, and their ability to solve various cognitive tasks. Their bone density was measured, and their brains were screened with magnetic resonance imaging (MRI). Everybody Like Noemi, he suffers from a lack of vestibular system.

Vestibular system? The unknown sixth sense. Nevertheless, it plays an important role in maintaining our balance, the stability of our vision, and our orientation in space. Feeling an elevator accelerate or decelerate, experiencing a tight curve in a car are all sensations we owe to it. It still interferes – but, here, its mode of action is more obscure – our perception of time, the rhythm of our hormonal secretions, the quality of our sleep, our bone density …

however, “We know of its existence only in certain ‘pathological’ conditions, such as seasickness, alcoholism, vertigo.”, In 2006, two researchers from the Collège de France, Werner Graf and François Clamm, pointed out that. A perfect example of nature’s engineering capabilities, precisely because this little gem, the site of our two ears, is hidden from view?

The guardian of our balance, the vestibular system does not work alone. It has two valuable allies: the visual system and proprioception. The seventh sense, for its part, mobilizes a panoply of stretch and pressure-sensitive sensors that span our muscles, tendons, and ligaments. These buried sentinels transmit the status data of different parts of our body to the brain. Ultimately, our brain integrates messages from these three systems – the vestibule, the visual system and proprioception. After an intelligent calculation, it turns them into coherent information. For example, “ Body erect, head turned to right”.

You should read 83.57% of this article. The following is for subscribers only.