Home World “Power to the Desert”, AfDB mobilizes its partners to enlighten the Sahel 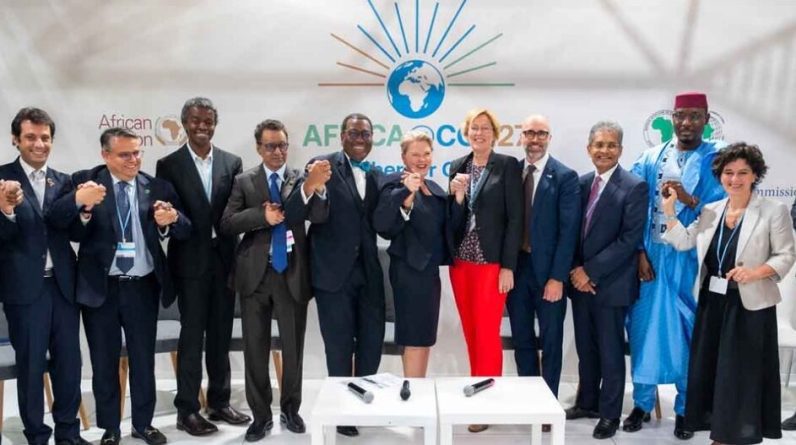 11 countries will benefit from the lights

11 countries where 64% of people live without electricity will generate 10 GW of solar power by 2030 to “power from the desert” – with implications for education, health and business.

During an event organized as part of the 27th United Nations Conference on Climate Change (COP27) in Sharm el-Sheikh on November 11, its Executive Director for Africa Joseph represented. Nganga announced the allocation of $35 million to the Sustainable Energy Fund for Africa (SEFA) under this initiative.

Ministers, development partners and private sector representatives attended the event organized by the AfDB under the Africa Pavilion of COP27 under the theme “Desert to Power – Transforming the Sahel from Fragility to Resilience and Prosperity”. Investing in the Sahel.

The event was an opportunity to present the “Desert to Power” project in detail to potential partners and mobilize investors to implement it.

Addressing an audience including ministers from the Sahel region, African Development Bank President Akinwumi Adesina highlighted the importance of electricity to ensure security and reduce poverty.

“Desert to Power”, a $20 billion investment

“Desert to Power” is a $20 billion initiative that aims to generate 10,000 megawatts of solar power. It will be the largest solar system in the world and we want to make it a real economic activity […] It will create productive potential for the Sahel countries,” said Mr. Adesina said.

AfDB No 1 said it has multiple fronts including utility-scale solar power generation, decentralized energy solutions, transmission and distribution, utility reform and an efficient policy and regulatory environment to protect investments.

He said the project would make a significant contribution to climate action, creating a giant green wall against desertification and other impacts of climate change.

Akinwumi Adenisa also referred to the $1 billion G5 Sahel financing facility approved by the bank’s board of directors earlier this year, which has $150 million in concessional resources from the Green Climate Fund. .

The Bank Chairman thanked the Heads of State and Ministers of the various host countries for supporting the initiative.

Niger President Mohamed Bassoum intervened via video link and reiterated his government’s support for the project. The Ministers of Energy of Mauritania and Niger, as well as high-level representatives of the main partners of “Desert to Power” – Power Africa, the Swedish International Development Agency, the European Commission, the International Agency for Renewable Energies, the Green Climate Fund, ACWA Power and the Moroccan Renewable Energy Agency (MASEN) are also present. Reaffirmed support.

Mr Nganga of the Global Energy Alliance said the alliance would support de-risking investments in the desert and innovative solutions for power infrastructure.