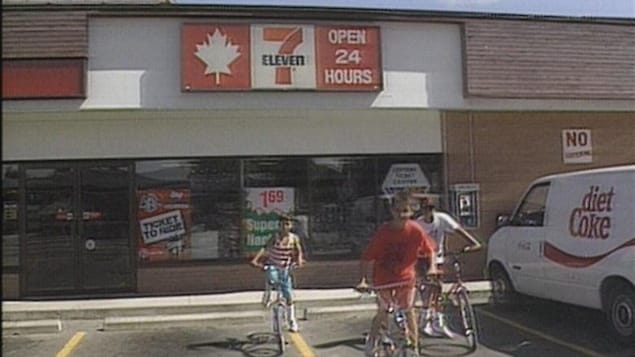 It all started in 1985, when managers of 7-Eleven stores in the province had to deal with crowds of young people outside the doors of their businesses, which they felt was affecting their sales.

The company believed that these youths deterred other consumers from frequenting them.

The management of 7-Eleven in British Columbia initiated a brainstorming session with employees and psychologists to remedy the situation.

Among the proposed ideas, they envisioned playing classical music, or relaxing music called muzak, in the parking lots of businesses, which would make the space less attractive to young people.

The music app was used in 10 stores in the province before spreading to 150 establishments across North America.

Later this practice spread all over the world.

7-Eleven did not respond to requests for comment from the retail chain CBC/Radio-Canada to find its stores playing music regularly outside.

According to American musician Lily Hirsch, other businesses had implemented the practice before 1985, but 7-Eleven says It was the first company to use music programming to chase rather than attract And It appears to be the first institution to allow such an approach as a policy.

At the same time I think others used it unknowingly, but 7-Eleven really made it their ownLily Hirsch explains.

Today, other companies are also using this technique, he adds.

In 2012, the The Washington Post Wrote an article about a Manhattan bus station playing classical music. In 2019, the city of West Palm Beach, Florida drew media attention with a children’s song. Baby shark Prevents traveling around certain events.

The 7-Eleven chain was recently criticized for using a system of running water around a store in Victoria to prevent people from loitering. Some voices were raised that the practice was particularly demeaning to people experiencing homelessness.

It represents a place, conveying that this place is not yours, but they use this positive association with music to create confusion and plausible deniability.she says.

Lily Hirsch says that while the music outside the shops is soft and sweet, the message being sent is loud and clear: In fact, we are in the process of separation.

Based on information from Joan Asbury