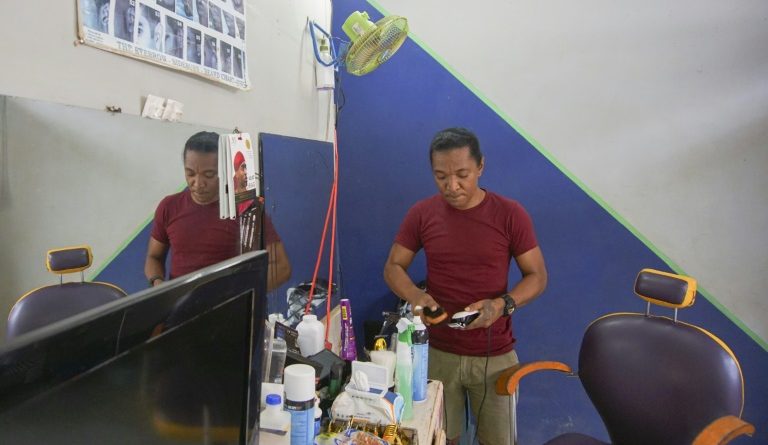 Esequibo, part of the Venezuelan colony, claimed Caracas in Guyana

“It’s not about going back to Esequibo (in Venezuela). It was never theirs. Here, it’s Guyana,” assures Kimtse Kimo Costello, a hairdresser in Port Guiduma, a small town in the middle of the jungle. Guyana’s tropical northwest, not far away. From Venezuela.

For this former British colony, the current boundaries drawn by an arbitral tribunal in Paris in 1899 are correct.

But for Venezuela, as it was in 1777, the Essequibo River is the natural border between the two countries.

Guyana initiated a procedure before the International Court of Justice (ICJ) in 2018 to confirm its current borders.

“Esequibo is 100% Guyanese. We are very clear on where our borders are,” Guyana President Irfan Ali told AFP.

However, Venezuelan President Nicolás Maduro punctuates many of his speeches with “The sun of Venezuela rises over Essequibo,” and in schools and camps, Essequibo is constantly repeated as Venezuela.

In September, Maduro once again claimed the territory on the networks, posting a photo of Guyana’s main attraction, Kaitoor Falls, with a map linking Essequibo to his country.

“They (Venezuelan people) always ask for it,” said Gimtse Kimo Costello, cleaning his electric razors in his small shop. “I always feel Guyanese. We welcome people. That’s why you see so many Venezuelans.”

About 25,000 Venezuelans, according to officials, have fled their country’s severe economic crisis to try their luck in Guyana. Several thousand people live in Essequibo.

Ironically, in the past, Guyanese, once among the poorest people on the planet, migrated to Venezuela. Caracas granted automatic nationality to anyone born in Essequibo.

In Port Guiduma, dozens of Venezuelan migrants sit in a three-story wooden building abandoned by a Chinese company.

Anneris Valenzuela, 23, left with her husband Ducubita in the Amaguro Delta, one of Venezuela’s poorest regions.

“We had nothing. We couldn’t feed the children,” she explains. Her husband works as a daily wage labourer. “Life is better than Venezuela, but it is difficult. There is no electricity. We are lit by lamps”.

Water comes only here and there. When it rains, people take cans, tanks and other containers to collect water.

“It’s hard,” admits Alexis Zapata, 47, who lives with seven members of her family in two rooms in the building. Hammocks are hung on walls next to each other.

“Even if we don’t work all the time, at least here we eat every day,” he says, leaving Kuriabo village in the Amaguro Delta in August 2021.

He explains that he chose Guyana for its convenience: the possibility of arriving on foot, no smugglers or boats to pay, no police to avoid.

He says he is paid “less than the Guyanese” who unload boats arriving at Port Guiduma and take advantage of Venezuela’s precarious situation.

Most of Venezuela’s children now go to school in Guyana, where they would learn the opposite.

Paul Small, 52, who has dual Guyanese-Venezuelan nationality, studied at both schools. Born in Guyana, he moved to Venezuela when he was 6 or 7 years old.

He spent most of his life there but returned to Guyana with his wife and children.

Worker, caretaker, painter… He lives much better than the migrants, living in a small house far from the center of Port Kaituma.

“Life is better here. There is freedom, work, hospital health, security…” he said. According to him, “Essequibo belongs to Guyana because it has been like that since I was born”.

See also  Gabon: At the National Museum, a virtual exhibition to revisit the country's Middle Ages