Home Technology Video. In Fessenheim, NovaRhena spends 480,000 euros of public money before the company is liquidated. 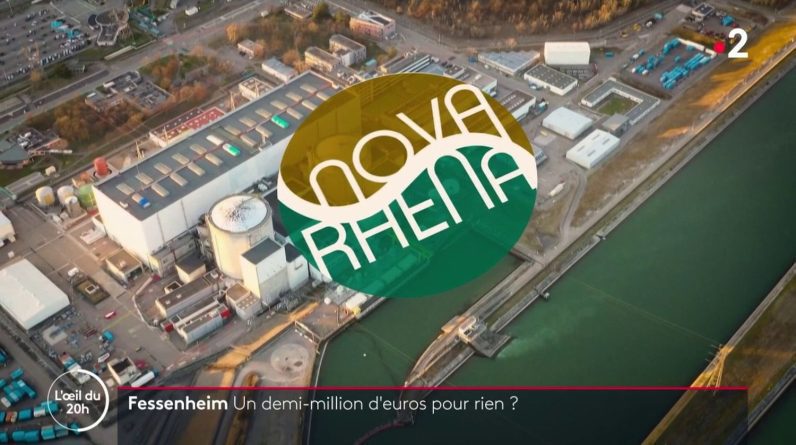 In 2018, 2 years before the closure of the Fessenheim power plant, the government is already preparing the ground. During a visit to Haut-Rhin, Sébastien Lecornu, then Secretary of State for Ecological Change, supported the creation of SEM, a mixed economic entity with public and private companies.

.@SebLecornu Societies, embassies, German officials, welcome the general interest @CaissedesDepots And @EDFofficiel Work to create a semi-public agency to manage the development of ecological land. in the territory #Fessenheim pic.twitter.com/N8wkgMQTrn

In April 2021, the company NovaRhena was born. The aim is to expand 220 hectares, the equivalent of 300 football pitches, in several layers around Fessenheim.

In particular we visited a barren area managed by a community of communes. NovaRhena should welcome innovative companies there, but no construction site has yet seen the light of day because of an unforeseen event. The buildable area is actually twice as small as expected.

The stakes are raised, and what is Novarihena’s interest?

Gerard Hough heads the structure that owns the campus, he says: “We were on 220 hectares, but the environmental commission authorized us to develop 80 hectares because of the ecological richness of this field on the banks of the Rhine.“

As the land is less than expected, the project is scaled back. Conclusion: Local authority decides to do without NovaRhena services. Hence the company was dissolved in October 2022.

A huge waste of public money.

Raphaël Schellenberger, deputy (LR) of Haut-Rhin, condemns the waste of public money: “SEM NovaRhena is clearly a political tool. It was a billboard when it was created, but it was not a technological tool that served the territory. I don’t know if we have sacrificed public money, but what is certain is that we have wasted a lot.“

How to explain half a million euros spent without a single building site seeing the light of day?

Laura Million, president of NovaRhena at the time of its dissolution, talks about the operating costs inherent in the project, according to her: “When creating a startup, it requires funding. She has a great idea that she is trying to grow. [Dans le cas de NovaRhena]There were study costs, translation costs and director’s salary costs.“

Since then, the community of municipalities and the regional council, part owners of the land, have organized themselves to remove the plots. Their growth should begin in the coming weeks.

This is a story #Fiasco at #Fessenheim: #NeverhennaA company created by public authorities to revive economic activity after the closure of a power plant #nuclear powerWiped out without leading a project, but still spent 480K€ – # thread ⤵️ @frdossant