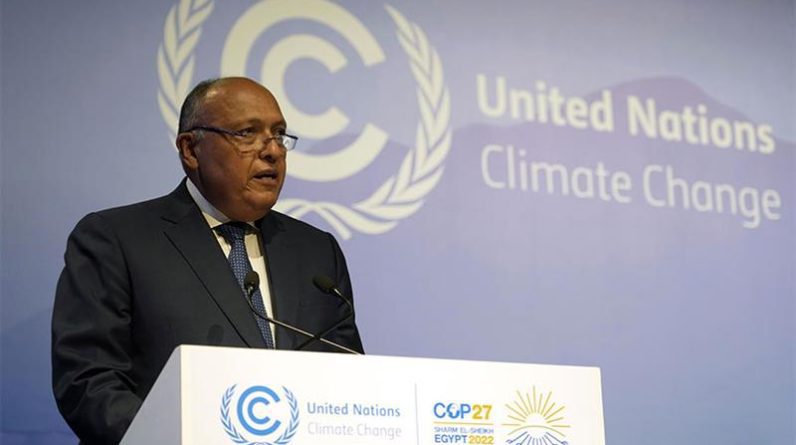 The Presidency of the Conference of the Parties to the United Nations Conference on Climate Change (COP27) on Tuesday released the Sharm El-Sheikh Agenda to build adaptation and resilience for the 4 billion people living in communities most vulnerable to climate change by 2030.

It provides holistic solutions that can be adopted at the local level to respond to local environments, needs and climates, and ensures the necessary systems change to protect vulnerable communities from increasing climate risks such as extreme heat, drought, floods. and extreme weather conditions.

The moves come as several studies warn that by 2030 nearly half of the world’s population will be severely affected by the effects of climate change.

The Sharm el-Sheikh Agenda represents the first comprehensive global plan aimed at mobilizing state and non-state actors behind the common adaptation measures needed by the end of this decade.

The Adaptation Program specifically revolves around the transition to sustainable and climate-resilient agriculture, which can increase yields by 17% and reduce greenhouse gas emissions by 21% without expanding agricultural boundaries while improving farmers’ livelihoods.

This includes the protection and restoration of about 400 million hectares of forest, to support indigenous and local communities using natural solutions to improve water security and livelihoods, and to convert 2 billion hectares of land into sustainable management.

For his part, the Egyptian Minister of Foreign Affairs, President of COP27, Sameh Choukry, emphasized that the climate challenge is not only the prerogative of countries and governments, but the importance of motivating and mobilizing all parties to address this planetary phenomenon. .

For his part, Egyptian COP 27 Champion for Climate Action Mahmoud Mohildin underlined that the agenda was developed in collaboration with a wide range of stakeholders to reflect current science-based global goals and local initiatives.