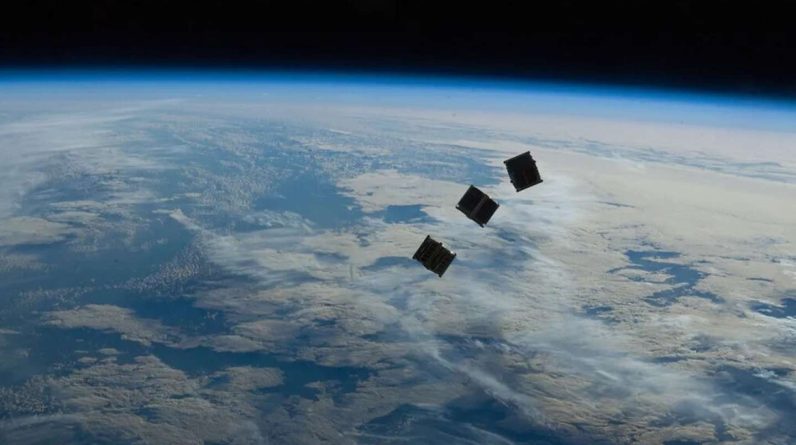 The Zimbabwe On Monday, November 7, it announced the launch of the first satellite in its history. The tiny module, no bigger than a shoebox, takes pictures of the Earth and collects data. “History takes its course. #ZimSat1 is in space! », Government spokesperson Nick Mangwana welcomed and expressed his delight on Twitter “An important scientific step for the country”.

A cargo ship carrying three Zimbabwean-made CubeSats bound for the International Space Station (ISS) lifted off in Virginia (USA) at 10:32 GMT.Uganda and Japan, NASA confirmed. Satellites take pictures of Earth to collect data for weather and disaster monitoringThe agency said in a post on Twitter with a photo of small concentrations of technology, each decorated with a national flag.

The collected images make it possible and can be used to distinguish bare soil from forest and agricultural land. “To improve the livelihoods of citizens of Uganda and Zimbabwe”NASA said in a statement.

Zimbabwe has been working on the project since 2018, after President Emmerson Mnangagwa, Robert Mugabe’s successor, established the Zimbabwe National Geospatial and Space Agency (Zingsa) – the cost of which has not been disclosed. The announcement that the satellite will be put into orbit has sparked protests on social media in the impoverished and economically challenged country.

“Launching a satellite when the economy is weak is foolish. Poverty has increased in the last five years. You can’t buy a car when your family is starving.”For example, Andrew Gocha, a Twitter user who bills himself as a “political analyst and economist.”

Zimbabwe has been mired in deep economic crisis for two decades and has been the target of international sanctions. The International Monetary Fund (IMF) announced further downward growth forecasts in September, particularly due to a drop in agricultural output.

To never miss any African news, Subscribe to the newsletter from “World Africa” From this link. Every Saturday at 6 am, you can find a week’s worth of news and discussions on the editorial board “World Africa”.