Home World Round defeat for Algeria? 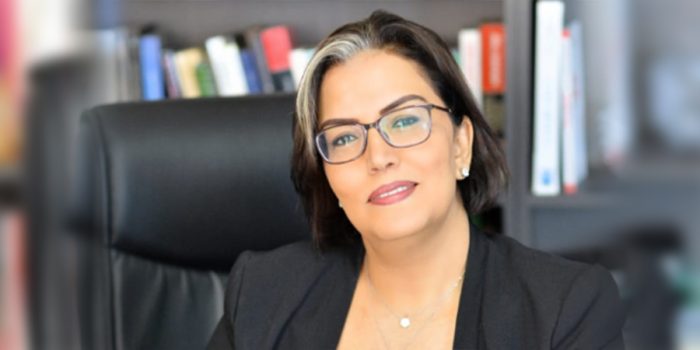 Again, Mr. Nasser Bourida would have played his role as a great diplomat during the Arab summit. If diplomacy is about keeping control, the Foreign Minister would have shown legendary self-restraint in an environment where the Moroccan delegation had all the ingredients to destabilize through impulsive and negative emotions.

And beyond aggravating the situation and going in the direction the Algerian regime wanted, Bourita sent the right messages. Presumably, royal instructions, always in a constructive spirit, guided Moroccan diplomacy.

An Arab summit without Arab leaders

In the reactions to the absence of His Majesty King Mohammed VI at the Arab League summit, there is evidence of that: he was a key figure around the world, guaranteeing the success of the summit, intervening in a very volatile international environment. The much awaited “will participate…will not participate” reverberated in the international media. However, many of the eight heads of state did not participate in the work of the summit and their absence did not elicit any reaction.

ALGERIA – Its Foreign Minister Ramdene Lamamra, who has ostracized himself with all ministers except Bourita, will say – an Algerian minister said he hopes King Mohammed VI will personally lead a Moroccan delegation to an Arab summit in Algeria. Interview given to Saudi channel Al Arabiya, before turning to his favorite game, acerbic attacks against Morocco. ” Historians must decide whether the opportunity for Maghreb Union and joint Arab action was missed, and who was responsible. “, the Algerian diplomat, who lacks diplomacy, ignores all the rules of decorum and hospitality that characterize the Arab world. But he forgets that the whole world has gradually adopted the preparations for the summit, which was supposed to bring together the leaders of the Arab countries, unite the Arab countries and ensure the unity of the Arab nation. Finally, on the 31ste Abdelmadjid Debon desired summit ” Integrating and Incorporating He concluded by emphasizing the tensions, proving once again that not all states are given to organize unifying events. Algeria thus lost a round against Morocco, highlighting the ever-widening rift. Among the significant issues are Algeria’s privileged relations with other countries, particularly Tehran.

See also  Hariri was caught between Riyadh and Hezbollah

As a reminder, Sovereign Muhammad VI, who was one of the first leaders to confirm his presence at the summit, also offered to encourage other heads of state to participate. If the conditions for his participation are met, he will decide when the time comes“. Finally, and after many rumours, the cancellation of the participation of His Majesty the King caused a stir. Nasser Bourita, who will represent Morocco at the summit, will be the head of the Moroccan ministerial group. Adventures are not lacking in the scene “. Algeria Summit From the Arab world, the Moroccan foreign minister shined with a thousand lights, emphasizing the opacity of an organization that needs political recognition, excelling in false diplomatic notes.

The messages couldn’t be clearer

Need we remind you that Morocco was the last to be officially invited and that the ambassador, who was the Minister of Justice, spent less than an hour on Moroccan soil? This indicates a lack of respect and trust in Morocco. From day one, the signals sent by the eastern neighbor were clear and negative: Morocco was unwelcome on Algerian soil, where the airspace was closed, but Algiers still had to play the game ” Magnificence Which doesn’t suit him. In this sense, the representative of Morocco was treated with a very cold and undiplomatic reception, which did not suit the challenges of the summit. Dare we imagine His Majesty the King’s plane landing in a hostile land where the rules of decency and diplomatic etiquette are violated and his representative is not entitled to any official reception befitting a diplomatic chief?

During the preparations, Morocco, unlike other countries, had to go through the General Secretariat because there were no communication channels with the host country. Aware that this was technically impossible at the Arab summit, the 52-member Moroccan delegation could only see reports of His Majesty the King’s possible visit and activities. As the equipment was confiscated from them. The provocations did not stop there: from the first day, an official TV channel, the official partner of the summit, projected in the room a map of the members of the Arab League in which the Moroccan Sahara is presented as an independent country! Afterwards, the chain would confirm that it was a technical error… meaning that even though Algeria organized a meeting as an Arab country, it had to ignore its issues and its agenda. But Algeria, even if it is a regional, continental or international event, has not been able to control its hostility and ferocity, where it is necessary to show rationality, objectivity and maturity. No, that’s too much to ask of leaders who harbor hatred for all things Moroccan.

Also, Nasser Bourita, guided by state instructions, will ignore all these provocations and stay until the end of the summit, despite rumors about his departure. Inappropriate “, the Algerian media did not stop with attacks and provocations throughout the summit, as they received instructions not to share any photos of the Moroccan delegation or cover its activities. But the Moroccan delegation could not react, it gave a long-awaited gift to the neighbors, who expelled the maneuvers shown. Except that it was not well aware of the coldness of Bourita, who insisted on representing Morocco as usual until the end of the summit, and of course protecting the kingdom’s fundamental interests. Through his confused silence, he marinated them in their poison, especially since the policy of the empty chair is not part of the Moroccan strategy, especially since the kingdom has considered all the other issues and challenges of the summit unlike the hosts.

See also  Sam evolved into a type four hurricane in the Atlantic: what would be its course?

So, is a country that wants to play in the big leagues, host a big event, host federal states, discuss important issues, and bring Arab leaders to the same table to face common challenges to show their temerity? Guests regardless of the odds? With these childish and contrived behaviors to make Morocco look undesirable, Algeria has demonstrated once again that it is ignoring the enormous challenges and stakes of the Arab countries in the face of the unhealthy obsessions of the generals since the summit. Algeria’s military regime is about more than results. The summit, the most important political meeting since Abdelmadjid Debon took over, could have been an opportunity to pick up some pieces and not restart cooperation between the Arab world, which is more divided than ever. Algiers on the international diplomatic scene. But instead of transforming the weakened and disunited League into an Arab force, the Algiers summit was paradoxically placed under the banner of “. crowd Its end could be hastened, especially by the lack of governance and diplomacy, which failed to unite the most influential heads of state.

And what is the use of this summit in the Arab world, where nations meet against a backdrop of persistent divisions?