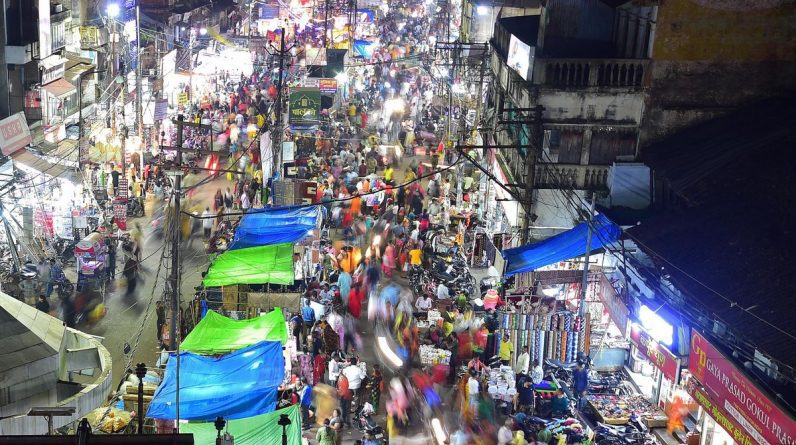 population: Earth has crossed the milestone of 8 billion people

Are there more humans on this planet? According to many experts, this is the wrong question.

On November 15th we will officially be 8 billion people on Earth, is that too much? Experts say not necessarily. Rather, they warn of the over-consumption of the planet’s resources by the wealthiest part of humanity. “Eight billion is a major milestone for humanity,” notes Natalia Khanem, UNFPA co-host. She is happy with the increase in life expectancy and the decrease in infant and maternal mortality.

“However, I realize that this is not a moment to be celebrated by all. “Some people worry about a crowded world, with too many people and not enough resources to survive,” he adds, calling for a number to “not be afraid.”

So, are there many of us on this earth? According to many experts, this is the wrong question. “Who has more? Why more? If you ask me if I’m overrated, I don’t think so,” replies Joel Cohen of Rockefeller University in New York. “I see the question of how many people the Earth can support as a two-pronged question: natural constraints or limits and human-made choices.”

Every year we consume more biological resources (forests, fish, land, etc.) than the Earth, and this overconsumption, especially of fossil fuels, leads to CO2 emissions responsible for global warming. In terms of resources, 1.75 Earths would be needed to sustainably meet the needs of the population, according to the NGOs Global Footprint Network and WWF.

On the climate side, a recent report by the UN Climate Experts (IPCC) found that population growth is indeed one of the main drivers of greenhouse gas emissions, but less so than economic growth. “Often we are fools. We have no vision. We are gluttons. This is where the problem and the choices lie,” Joel Cohen insists, calling on humanity not to consider the “plague” in spite of everything.

“Our impact on the planet is determined by our behavior rather than our numbers,” says Jennifer Skuba, researcher-in-residence at the Wilson Center think tank. “Continuing to highlight overcrowding is lazy and harmful,” she continues. Instead of changing their own behavior, rich countries continue to fuel population growth. This highlights the danger of blaming the problem on developing countries.

Whereas, if everyone lived in India, the human race would need 0.8 planets each year, compared to more than 5 per inhabitant of the United States, according to the Global Footprint Network and WWF.

More or not, these 8 billion people already exist, and the population will continue to grow, reaching 9.7 billion by 2050, according to the UN. The organization notes that the largest part of this growth will take place in high-fertility countries, where there are two children per woman today, because of the large number of young people.

See also  5 Km Long Landslide On Mars Captured By European Exo Mars Orbiter | Is this the same problem on Mars as on Earth? More damage at a distance of 5 km .. Viral photo released by NASA