Home World Kiosk – The story of what Nasser Bourita endured at the Arab summit in Algiers (Le360.ma) 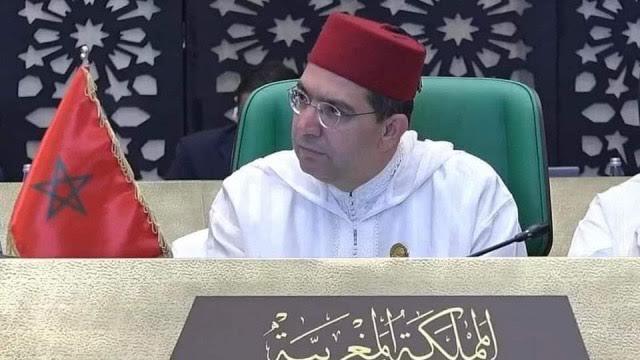 Unbelievable but sadly true. The Algerian regime has done everything possible to return Nasser Bourita to a painful asylum in Algiers.

Here is a truthful account of the unprecedented four days the Moroccan diplomatic chief spent in Algiers during an Arab summit, according to a reliable source, of restrictions, embargoes, surveillance and other harassment.

Shocked by the ruse, Nasser Bourita asked the Algerian policeman to look more closely at his phone and discovered that the voice recording function had been activated. Without the slightest profanity, Nasser Bourita immediately asked this policeman-Barbos to replace him with someone else.

On the same day, the Moroccan diplomatic chief participated in a preparatory meeting for the Arab League summit, which was attended by the foreign ministers of the member states. Nasser discovered that AL24 News, an Algerian public service all-news channel that presents itself as a partner of the Arab League, broadcast a map of the organization’s member states, cutting off the Kingdom of Morocco from its Sahara.

The Algerian channel did not hesitate to falsify the Arab League’s official map for the sole purpose of isolating the Sahara from the rest of the kingdom.

Nasser Bourita asked the Secretariat of the Arab League to react to the attack on Morocco’s territorial integrity by the official Algerian media, which presents itself as a partner of the pan-Arab organization.

Algerian diplomatic chief Ramthane Lamamra, who presided over the meeting, ignored Bourita’s request that he not be allowed to do so and reiterated his request to which the Arab League Secretariat responded.

The Arab League later issued a statement in which it said it had no media partner and that the cover of the Algerian public service channel was different from that of the Arab League. The AL24 news channel also had to apologize and was falsely accused of “an error by the department responsible for computer graphics”.

But Nasser Bourita was not at the end of his troubles. At dinner, he discovered that the Algerian regime had placed him at the end of the table, between the representative of the Comoros and the representative of the Sultanate of Oman. There is no alphabetical or formal logic to justify this table plan, other than a deliberate desire to humiliate the head of Moroccan diplomacy who logically refused to participate in this banquet and left the hall.

This breach of diplomatic conventions by the Algerian regime has caused embarrassment and outrage among the Arab delegation. Ahmed Abul Caid, Secretary General of the Arab League, went to see Nasser Bourita and told him that the next day Ramthane Lamamra was organizing a lunch in his honor. Lunch not included in the official program. The head of Moroccan diplomacy, in the presence of the Secretary-General of the Arab League, was surprised that he was not the one who sent him this invitation and gave this party. Ahmed explained to Abul Kait that he did not accept consolation gifts.

Leaving the dinner, Nasser Bourita did not demand concessions in any way, but protested formally against the seating plan, which defied formal logic and was clearly intended to humiliate him. Out of respect for the Secretary General of the Arab League, Nasser Bourita was represented by a senior minister at the luncheon, which was organized in his honor.

It is not finished. The announcement that King Mohammed VI would not attend the Algiers summit prompted Ramthane Lamamra to give an interview to the pan-Arab channel Al-Hadad, where he made a shocking confession, regretting missing the meeting between King Mohammed VI and President Debon. According to him, who can change the face of Maghrib.

On the same day, November 1, Nasser Bourita wanted to respond to this surprising declaration of Lamamra. The head of Moroccan diplomacy invited the media to a press conference at the Sofitel Hotel. The Algerian regime did everything to prevent this meeting between the minister and the journalists. They, like the cameramen, found themselves surrounded by plainclothes police and their equipment completely confiscated. The Al Jazeera group tried to resist, but Algerian authorities revoked the accreditation of three of its members.

When Nasser Bourita arrived at the hotel’s lobby, he could only see reporters and cameramen boarding a bus bound for another hotel.

Only one representative of the media, Giselle Khoury, star journalist of Skynews Arabia, was staying in the lobby of the hotel where Nasser Bourita was staying. His cameraman forced him to board the bus. Giselle Khoury proposed to the Moroccan Foreign Minister to conduct an interview with her iPhone.

But as soon as his first question was formulated, the volume of the music in the lobby increased. “It felt like being in a nightclub,” said a witness to the scene, whom Le360 was able to interview. It is absolutely impossible to agree.

No matter, Nasser Bourita and the journalist took the elevator to reach the top floor. No music, they were able to start recording the video. But knowing the techniques of the Algerian barbos who don’t hesitate to cut the hotel-wide Wi-Fi is too bad. Without the Internet, the journalist could not send the short interview he intended to conduct to his editorial team. If she records him, Nasser Bourita will have his phone confiscated by the Algerian political police as soon as he leaves his company.
All this journalist can do is write an article.

During the four days Nasser Bourita spent in Algiers, his Algerian counterpart, Ramdene Lamamra, greeted him only once.

The Algiers Declaration was submitted for ratification

This harassment, worthy of a rogue state, did not, however, distract the head of Moroccan diplomacy from the essential text of the final declaration of the Algiers summit.
Nasser Burita imposed a meeting to verify this text. Lamamra countered, “The tradition of the Arab summit is to trust the country hosting the summit”, to which Burita replied: “Respect for tradition is necessary when trust reigns. This is not the case here”.

Ramthane Lamamra tried to oppose the meeting demanded by Purita on the pretext of welcoming the long-planned delegation.

With the support of other Arab ministers, the Moroccan foreign minister categorically announced that if the text of the declaration was not submitted for approval before publication, Morocco and other countries would oppose it.

To avoid a scandal, Ramthane Lamamra was forced to back down and finally agreed to submit the text of the final declaration for verification during a meeting.

It was during the same meeting that Morocco put its proposals on the table, including welcoming King Mohammed VI’s leadership of the al-Quds group. It should be remembered that Algeria has repeatedly raised objections when member states of the Arab League praised the role of Al-Quds group led by King Mohammed VI.

Nasser Bourita emphasized the fact that the Algiers Declaration contained this reference.

So in Algiers itself, on its lands, the regime was forced to swallow snakes, this time with no reservations about the role of the Al-Quds group, unlike in New York. , on April 16, 2022, Nadir Larboui, Algeria’s permanent representative to the UN—appointed by Ramthane Lamamra to head the work of the Arab summit in Algiers—blocked the adoption of a statement. From the Arab Group in New York, it referred to the Al-Quds Committee and the actions of its chairman, King Mohammed VI. In front of the same Nadir Larbaoui, Abdelmadjid Tebboune and the heads of the Arab delegation, the Algiers Declaration was also read. A text that reflects the setbacks caused by this regime. Very iconic.

The Algiers Declaration also welcomed Morocco’s organization of an important “United Nations League of Civilizations” forum to be held in Fez on November 22 and 23, 2022.

In fact, the final declaration states that the Algiers summit ratifies all the resolutions adopted during the Arab League Council at the level of foreign ministers held in Cairo on September 6 and 7, 2022. Resolutions passed at the Cairo meeting specifically target Iran.

Also, this practical decision to ratify all the resolutions passed during the inter-ministerial meeting in Cairo largely explains the brief agenda of the Algiers Summit.

The fact that the Kingdom of Morocco contributed more to the text of the final declaration than Algeria, the host country of the summit, no doubt greatly upset the Algerian regime.

Paralyzed by its ferocious hatred of Morocco, the Algerian regime was unable to put together the conditions that would lead to possible victories at this summit.