Home World The King urges the private sector to continue investing in the southern provinces, especially in the social sector. 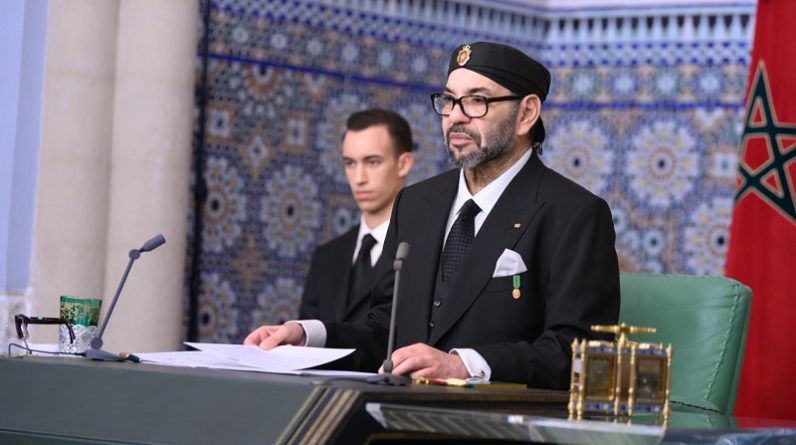 The King pointed out that the process of unifying Morocco of the Sahara has entered a critical phase.

The development program for the southern provinces, with 77 billion DH, was launched in 2015 in Laâyoune and in 2016 in Dakhla. Today, a significant part of these investments are not only in or in the process of being done, but new opportunities are opening up with the start of the upcoming work on the Dakla Atlantic port.

The southern provinces are Morocco’s gateway to sub-Saharan Africa. In this regard, the sovereign recalled his commitment to advance the Morocco-Nigeria gas pipeline project, which will cross West African countries to the north of Morocco and will be a structural project of international scope.

Here is the full speech of the court:

“This year we celebrate the forty-seventh anniversary of the Green March at a time when the process of integrating Morocco into the Sahara has entered a critical phase.

“In its time, this famous epic allowed the liberation of a plundered land. From now on, the marches we carry out without rest, have a profession of reassurance to the Moroccan citizen. Conditions for a dignified lifeEspecially in these territories we are highly respected.

“Our approach to Morocco’s protection of the Sahara stems from an integrated vision that integrates political and diplomatic activities for socio-economic and human development in the region.

“It is precisely from this point of view Southern Province Development Project Signatures we led in November 2015 in Laoun and February 2016 in Dakhla.

“With a budget of more than 77 billion dirhams, this integrated development program is designed to start the real. Economic and social dynamics in the region. In these regions, its business is to create job opportunities, ensure a conducive climate for investment, and provide them with the infrastructure and equipment they need.

See also  In many cities of the United States, a black, new protests shot and killed by police

“This ambitious project perfectly responds to the concerns and expectations of the people of Southern Province. Local authorities and elected councils are responsible for overseeing the implementation of the schemes that create it.

“Today, it has been more than seven years since the project was launched A commitment rate close to 80% of the allocated budgetWe are delighted with the positive results achieved.

“True, The Tisnid-Dakhla Expressway is already nearing completion. Connectivity of the region Electricity network The national level has been well and truly ensured and its communication networks have also benefited from the strengthening and extension programme. Also, the plan Solar and wind power plants Expected work on the project has been completed.

“In addition, related studies and management methods The main port is Dakla Atlantic has been finalized and the construction work will start soon.

“About the component economic, A series of projects have been implemented within the framework of development and processing of fishery products, known as a major catalyst for growth. This has created thousands of employment opportunities for the residents of the region.

” in the field agriculture, More than six thousand hectares developed in Takla and Boujdur have been made available to young farmers in the region.

“Also, most of the projects planned in the departments Phosphate, Water and Sanitation Show improved completion rates.

“In things social and cultural, Many achievements have been recorded in the fields of health, education and training. In the same spirit, self-employment initiatives and the promotion of the Hassani language and culture at the core of a unified national identity have been supported.

“In relation to this context of national responsibility, we Urge the private sector to maintain commitment It has been taken to increase the level of manufacturing investment in these provinces and to give greater emphasis to projects with social entrepreneurship.

“Furthermore, we invite new possibilities and new frontiers, especially in the development sectors of the blue economy and renewable energies, for the development dynamics of our southern provinces.

“Throughout history, the Moroccan Sahara has been continuously developed A link between Morocco and its African depths In human, cultural and economic terms.

“Furthermore, the development initiative we are undertaking in the Sahara allows us to consolidate this historical role in a concrete and lasting way, and beyond that, to place it in a concrete perspective towards the future.

“This orientation is fundamentally consistent with the nature of the privileged relations that bind Morocco to other African countries, which we are keen to foster, in the best general interests of our brotherly peoples.

“In this context, our brother, the President of the Federal Republic of Nigeria, Hon. With Muhammed Bouhari, we took the initiative to launch the Nigeria-Morocco gas pipeline project.

“As per the contract signed in December 2016, we are pleased to see the ongoing progress of this major project.

“In this regard, the Memorandum of Understanding, The recent signing in Rabat with the Economic Community of West African States (ECOWAS) and with Mauritania and Senegal in Nouakchott marks a major milestone in the implementation of the programme.

“The signing of this memorandum reflects the commitment of the countries concerned to contribute to the realization of this strategic plan and illustrates their political will to ensure its success.

“The Nigeria-Morocco gas pipeline represents us in terms of our particular interest in partnering with states in the western part of the continent. More than a bilateral project between two brotherly countries.

“Our desire is for this to be a strategic plan very broadly Benefiting the entire region of West Africa with a population of over 440 million.

“In fact, apart from Morocco and Mauritania, this gas pipeline offers opportunities and guarantees to fifteen ECOWAS countries in terms of energy security and socio-economic and industrial development.

“The project, aimed at present and future generations, works to support peace, economic integration of the African continent and its general development.

“In sight Continental dimension from Gas pipe Nigeria-Morocco, we see a Structural plan It promises to connect Africa and Europe.

“So we welcomeSupport from regional and international financial institutions Those willing to provide effective support for its implementation.

“In this regard, we want to confirm Morocco’s concern to always act with full transparency and accountability with our brothers and all partners in Nigeria. This project should be completed soon.

“Furthermore, we reaffirm our receptiveness to any fruitful partnership aimed at the implementation of this large-scale African project.

“Loyalty to the spirit and the eternal commitment of the Green March, all Moroccans must be mobilized and vigilant to protect the national unity of their country, to promote its full development and to strengthen its connection in its African depths.

“This is an opportunity to pay tribute to the architect of the Green March, our revered father, the late His Majesty King Hassan II, may God rest his soul, as well as the brave martyrs of the country. .

“We express our appreciation to our Royal Armed Forces, National Defence, Royal Gendarmerie, Territorial Administration, Auxiliary Forces and Civil Defense for their dedication and commitment to the Command, the country’s territorial integrity and to safeguard its security and stability.”