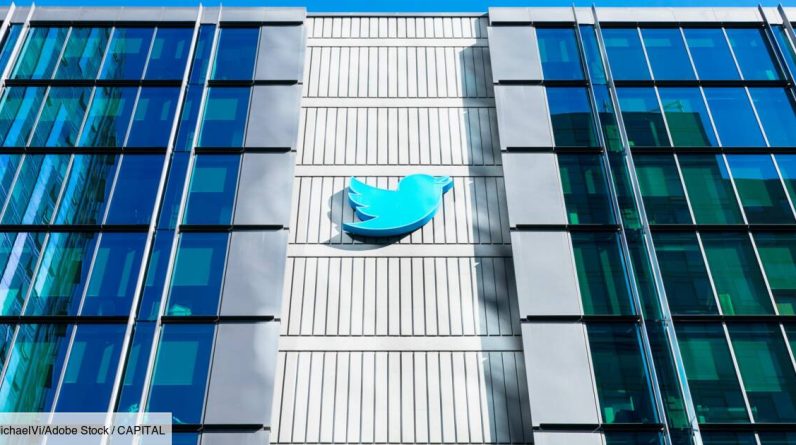 A week after being acquired by Elon Musk, Twitter It took steps to lay off half of its workforce while launching large-scale projects and battling users, advertisers and associations worried about influencer turnover. Social website. “Around 50% of employees will be affected” by the ongoing layoffs within Twitter, according to a document sent to the social network’s employees on Friday, November 4, and consulted by AFP. The California-based company, which had nearly 7,500 employees at the end of October, announced to thousands of people by email that it was temporarily closing its offices, explaining that the goal was to “improve the health of the company.”

“Woke up to find out I will no longer be working at Twitter. Heartbroken. Can’t believe it,” Michael Austin, director of claims for the US and Canada, tweeted. “Unfortunately the company has no choice when it’s losing over $4 million a day,” Elon Musk announced in his first message, 24 hours after the company’s first email. “Three months of compensation will be given to all those who lost their jobs.” When the world’s richest man took control of the company last Thursday, he dissolved the board of directors, fired executives, assumed the role of chief executive and delisted the company.

Managers and the marketing and design departments seem to be particularly affected, according to a recently fired employee who wished to remain anonymous. He fears the new administration will seek to find ways to withhold severance pay from former employees. “It looks like mercenary tactics, they are trying to save at all costs, treating people inhumanely,” he laments. On Thursday night, five recently fired Twitter employees filed a class action lawsuit against the company for not receiving the 60-day notice period required by US law for layoffs.

One of them, Frenchman Emmanuel Garnet, was fired for professional misconduct without explanation despite being in the top 5-10% of the company’s engineers, according to lists compiled this week. Elon Musk brought in Tesla developers to evaluate the work of Twitter employees. He quickly launched a revamp of several products, including a paid subscription and account validity verification system, and set a steady pace. So a shift in corporate culture is assured — several executives resigned on their own this week and more than 700 have already left of their own accord this summer, according to one employee.

“We are witnessing the real-time destruction of one of the world’s most powerful communication systems. Elon Musk is an unpredictable and inconsistent billionaire who represents a danger to this platform that he is not qualified to lead”, replied Nicole Gill. Co-founder of Accountable Tech, one of the NGOs that called on advertisers to press for a new employer. The libertarian entrepreneur supports a holistic view of freedom of expression, which, according to his critics, opens the door to renewed abuse (harassment, hate speech, misinformation…). Several groups have already decided to stop ad spending on Twitter, including US agribusiness giant General Mills, US carmaker General Motors and its German rival Volkswagen.

According to estimates by Bot Sentinel, a specialist in analyzing social network accounts, more than a million users seem to have left the site since last Thursday. However, in order to finance its $44 billion acquisition, Elon Musk borrowed heavily from a company whose financial health was already fragile. It posted a significant deficit in the first two quarters of the year.


On Friday, the stormy 50-year-old said, “Even though nothing has changed because of content moderation, a group of activists are putting pressure on advertisers and we’ve done everything to satisfy the activists. Bullshit! They’re trying to destroy free speech in America.” He tweeted and assured that front line workers are least affected.