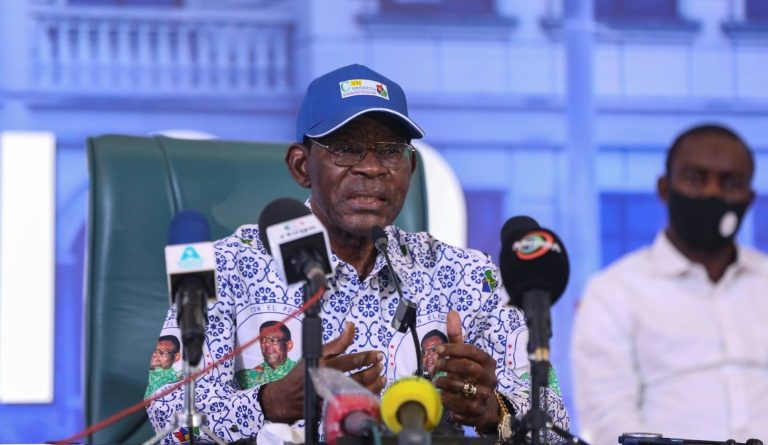 Campaigning for Equatorial Guinea’s November 20 presidential and legislative, senatorial and municipal elections kicked off Thursday with the president’s first meeting.

President Teodoro Obiang Nkuma Mbasoko, his successor candidate for the 6th term and member of the all-powerful Equatorial Guinea (PDGE) coalition of fourteen parties, opened the ball at a meeting in the town of Epibein (North-). West) borders Cameroon.

“Party officials have chosen me as a candidate because I am the symbol of peace that reigns in Equatorial Guinea,” Teodoro Obiang Nguuma began in front of hundreds of activists.

Surprisingly, Mr. Obiang’s electoral offer is based on the “continuity” of the country’s development according to his plan read from the stage by Geronimo Osa Osa Ekoro, Secretary General of the PDGE.

“It is better to find an old friend than a new one,” said Teodoro Nguuma Obiang, the president’s son and the country’s current vice president.

Re-elected in 2016 with more than 93.7% votes. Obiang, after 43 years in power, has set a world record for living head of state outside the monarchy at age 80.

Mr. Esono Ondo presents himself for the first time, Mr. Mansui Asumu third. In 2002, 2009 and 2016, he was a candidate – a “foil” of the head of state according to the opposition, collecting only scraps.

In power since 1987, the PDGE has enjoyed a large majority since the end of one-party rule in 1991. It won 99 out of 100 seats in the outgoing National Assembly and all 55 seats in the Senate.

In addition to electing a president, voters must renew the National Assembly, Senate, and municipal councils.

Almost 427,661 voters out of a population of over 1.4 million are registered in the electoral roll.

An oil country bordering Cameroon and Gabon, Equatorial Guinea, rich in hydrocarbons, is one of the world’s most closed and authoritarian states.