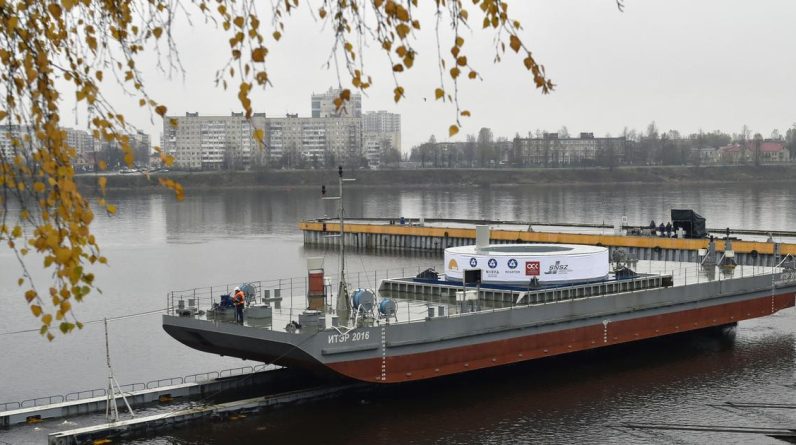 The imposing magnet, 9 meters in diameter and weighing 200 tonnes, is packed for a fortnight-long journey to reach Marseille in the south of France.

Russia sent one of the six giant magnets it plans to implement to France on Tuesday Risk Project on Nuclear FusionOne of the main international scientific projects in which Moscow still participates despite economic sanctions.

Under a gray autumn sky, a boat carrying a “polaroidal field coil” made in Russia under the direction of the nuclear agency Rosatom, set off in St. Petersburg (Northwest), journalists of AFP noted. The magnet, 9 meters in diameter and weighing 200 tonnes, is packed and will take a fortnight to reach Marseilles in the south of France via Amsterdam.

This coil, in the form of a ring, should form the upper part of the “Tokamak” structure, an experimental machine under construction in the south of France, which aims to control the production of energy through the fusion of hydrogen. The heart of the sun.

“Without the PF1 coil, the tokamak will not work”AFP Leonid Kimchenko, deputy director for technical issues at Center-IT in Russia, welcomed the achievement. “unique” After working for more than eight years.

Of the six coils planned ahead of the first plasma production expected in 2026, four were manufactured in Western Europe and another was built under European responsibility in China.

The Russian piece of stuffing was left in May, but Russian boats banned from docking in European portsHis departure was delayed due to sanctions related to his offensive in Ukraine.

“There is no question of Russia not wanting it.”to fulfill its obligations” Vyacheslav Perchoukov, Special Representative of Rosatom for International Projects, argued in this important international project. “Current events have not affected the progress of the project”.

Following its military intervention in Ukraine, Russia announced Withdraw from the International Space Station (ISS) “after 2024”.Another major scientific cooperation project between Westerners and Russians.

But in this case, no similar decision was taken for Itter. “Everybody Fails” If Russia withdraws or withdraws, said AFP Andriy Mednikov, who is responsible for Reel’s project management. “We are all one family. (…) No competition, nothing”And the AFP backed Leonid Kimdchenko, while Moscow and the West, allies of Kyiv, have clashed over Ukraine since late February.

Along with the EU, UK, Switzerland, USA, India, Japan, South Korea and China, Russia accounts for 9.1% of plant production costs. The idea for the ITER project was born following a summit between US President Ronald Reagan and Soviet leader Mikhail Gorbachev in 1985, a result of scientific cooperation between 35 countries.