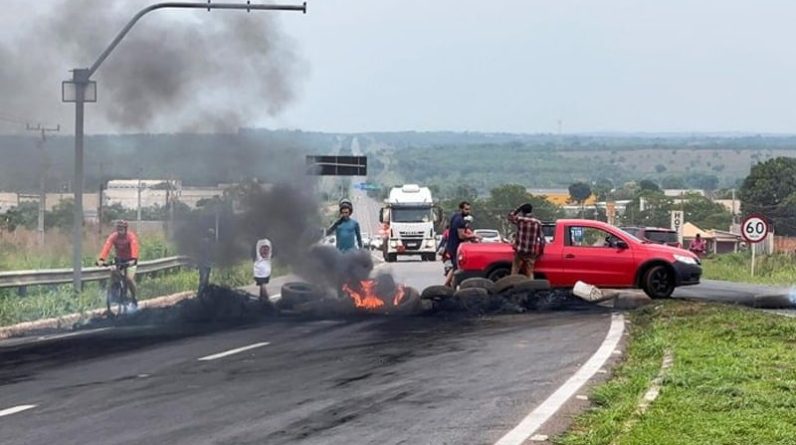 Separately, Brazilian truckers blocked at least 70 points, including major intersections, on highways across the country between Sunday night and Monday to protest the election results.

Bolsonaro, a member of the Liberal Party who lost the election by less than two percentage points, spent the night at his official residence in Brasilia before heading to the presidential palace on Monday.

Known for being unhinged on networks, he hasn’t posted anything since the previous day and has yet to acknowledge defeat or congratulate his rival.

Bolsonaro had no action on Monday’s official agenda.

On Sunday, the deputy and son of President Eduardo Bolsonaro followed the vote count live on the Internet with two right-wing leaders, but suspended it without question when the trend in Lula’s favor became almost irreversible. .

Brazilian truckers blocked at least 70 highways across the country to protest Bolsonaro’s election defeat after the tightest results in Brazil’s history were announced.

Many of those barriers have been lifted, but the Federal Highway Police does not have a general assessment of the current state of the roads, according to local media.

One of the strategic roadblocks was registered on the Dutra Road, which connects Brazil’s two largest cities, Sao Paulo and Rio de Janeiro.

In many videos circulating on social media, we see lorry drivers blocking roads with their vehicles or burning tyres, illustrating the rift caused by these unprecedented elections.