Home World “Earth in Our Hands”: From Space, Thomas Beskett’s Plea for the Planet 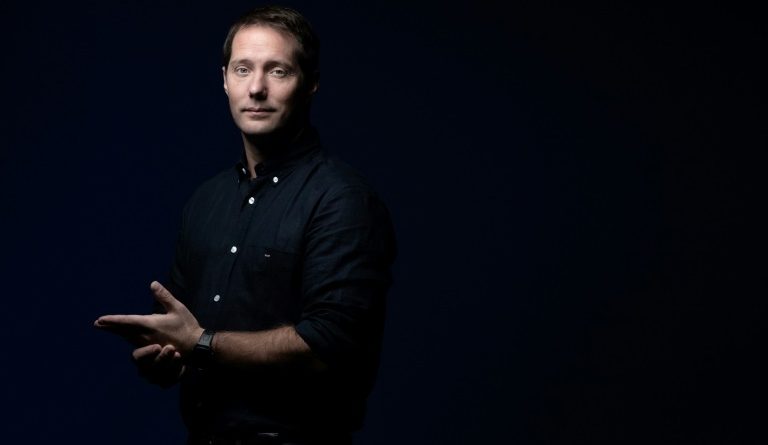 “Earth in Our Hands”: From Space, Thomas Beskett’s Plea for the Planet

From space, the Earth seemed to him a fragile “island of life”: during his second mission in orbit, Thomas Beskett immortalized new spectacular views of a planet.

The French astronaut, who disembarked from the International Space Station (ISS) a year ago, sends his unique testimony through a selection of his most beautiful shots: “The Earth between our hands”, a collection of 300 shots, a beautiful book published on Wednesday by Flammarion Editions, whose royalties are donated to Restos du Coeur. Will be given.

He writes in the preface that he “caught the photography bug” during his first space mission (2016-2017), and tells how he stopped machine gunning the planet on his second (“Alpha”, April to November 2021). This time by channeling his curiosity to his fellow travelers on the ISS.

“At first I was a Sunday photographer and then I really liked it,” Thomas Besquet told AFP. “When we arrive at the station, there is a smartphone reflex: we see something big and capture it … But if we want to take photos at night, we quickly face limitations, for example, take precise targets with large targets, etc. It’s difficult because everything is manual” .

On board, a dozen cameras are available to the astronauts, some of which are permanently installed in the cupola, the famous panoramic observation window of the ISS, or the porthole in the American observatory that looks vertically towards the Earth.

About 245,000 of them he took in a few hours during his daily leisure. “A lot of people miss out but there’s a real improvement curve at six months”. Facing the beauty of the Earth, the astronaut’s “wonder” was always there: oceans, rivers, islands, deserts, mountains, sunsets and sunrises.

“The planet is so vast and diverse that you don’t feel like you’ve seen it all. After 400 days in orbit, there are still things that surprise me, places I’ve never seen. At 28,000 km/h, the station’s scrolling means “we are never more than the same areas at the same time on the same day”.

Big news? The northern lights, some of them blue, were very surprising: moments of frustration but he was able to make this time thanks to his American teammate Shane Kimbrough: like a watch, he saw coming from his “bedroom, it gave us time.” to configure our devices”.

From this “picture book of loving the Earth”, Thomas Beskett also shares photos “we don’t want to see” and warns of its fragility: the “wretched spectacle” of hurricanes, tornadoes and fires, which have rocked the planet during its 200 days. In orbit. He attended, “helplessly”.

“What impressed me the most were the lights. The flames, the smoke so vivid, so impressive”, giving the impression of “the end of the world”.

“Like in the movies,” he saw entire regions engulfed: southern Europe, British Columbia, the plains of California “being eaten little by little by a blanket of smoke”…

This apparent reinforcement of extreme climate events “makes me realize that we are not doing enough to protect our planet as we know it to be associated with climate change,” writes the astronaut.

Without science — climatologists measuring disruption effects thanks to satellites — “we’d be lost in the scale of the problems,” he pleads.

“It’s not too late, but we’re waiting … but unfortunately we have the impression that everyone looks at each other like finesse dogs: every year we say + now is the time to act + and the same year later, we only do small actions without a strong overall impact on the environment, ” he regrets.