Home Science Picking your nose is a broad animal matter 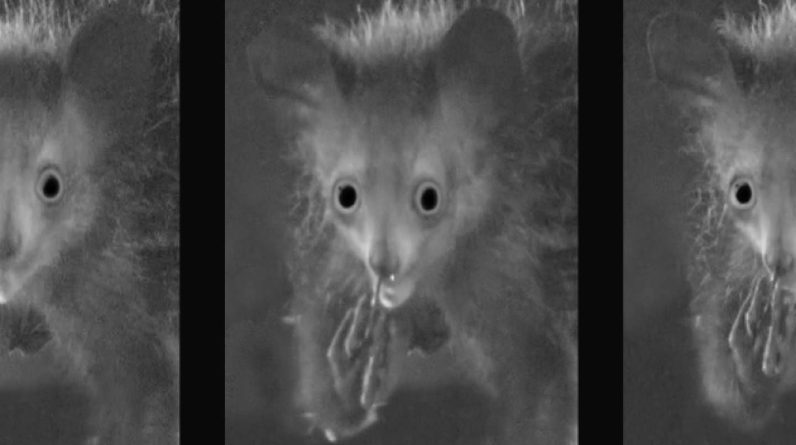 I amImagine the scene. As a biologist, you study the evolution of prehensile ability in relation to tree adaptation in animals. The object of your attention this time: Aye-Aye, a lemon known especially for its impressive toes. You are not in the animal’s chosen land of Madagascar, but at Duke University in North Carolina. Americans have become masters of breeding these small animals. Suddenly, right before your eyes, one of the boys sticks his middle finger into one of his nostrils, cures it… and then eats the fruits of his labor.

what to do ? Did he burst out laughing? Turn your head and hate? Pick up your cell phone to post a video on Instagram? Anne-Claire Fabre, professor of biology at the University of Bern and curator of mammals at the Swiss National Museum of Natural History, says she was surprised at first. “Hey, aren’t only men doing that?” » Then, like a good scientist, she suspects a good research topic. The results, co-authored by six researchers from five countries, were published on October 27 In Journal of Zoology. “Halloween Number”, she says with a smile. Delicious article.

The researcher understood by what miracle the animal managed to push this long-clawed middle finger into its nostrils and perform back-and-forth movements without bursting its sinuses. Note that the appendage can reach 8 cm for a body less than 40 cm (do the math and compare)… Renaud Boistel of the Natural History Museum in Paris was responsible for the 3D anatomical reconstruction of the creature and was allowed to determine it. An impossible course. “The finger enters through the nose, goes to the larynx and reaches the back of the mouth.Anne-Claire Fabre in a nutshell. In fact, the animal reproduces the movements it makes when it eats a raw egg or an orange: it wipes, pulls out its finger, and then licks it. We may also observe that if Aye cleans his ears, he never eats what he extracts from them. »

But there is no good science without bibliography. So the group got into literature. “We realized that nose-picking has been described in ten other species in addition to the ice-eyes and us.”, the Swiss researcher insists. Chimpanzees, bonobos, two species of gorillas, three species of macaques, Sumatran orangutans and two species of capuchins. Not to mention less skilled species such as giraffes, who lack fingers and lick mucus from their noses… However, the biologist notes that some researchers are beyond description. “It’s either funny or obnoxious. Lots of jokes, little information.”She says succinctly.

See also  Already, the next storm on the radars

You should read 32.48% of this article. The following is for subscribers only.