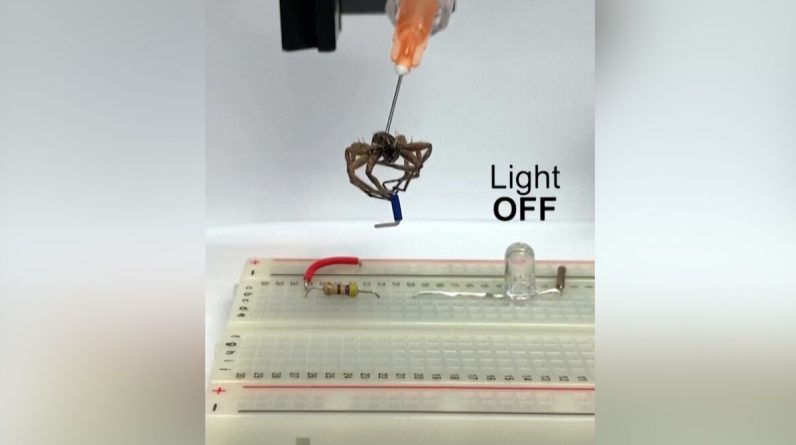 It was an almost accidental discovery. “While setting up the lab, I found a dead spider in the hallway. I saw her curled up and wondered why. One thing led to another, and we used them as pliers,” said Daniel Preston, assistant professor of mechanical engineering at Rice University.

To create this new type of claw, scientists stick a syringe into the prosoma of a dead spider. By forcing air, its legs expand. When the air is removed, they close. “Spiders have flexor muscles that bring their limbs and appendages back to the body. But they don’t have extensors. Instead they do it with hydraulic pressure, which they build up inside their main body cavity,” explains the professor.

These spider clamps can be used in microelectronics. In addition to being precise, it can hold fine objects and carry up to 130% of their weight.

Another advantage of these revolutionary pliers: they are 100% biodegradable and therefore produce no waste.

Go to the video at the top of the article.

See also  Five reactionary planets in the future, what not to do