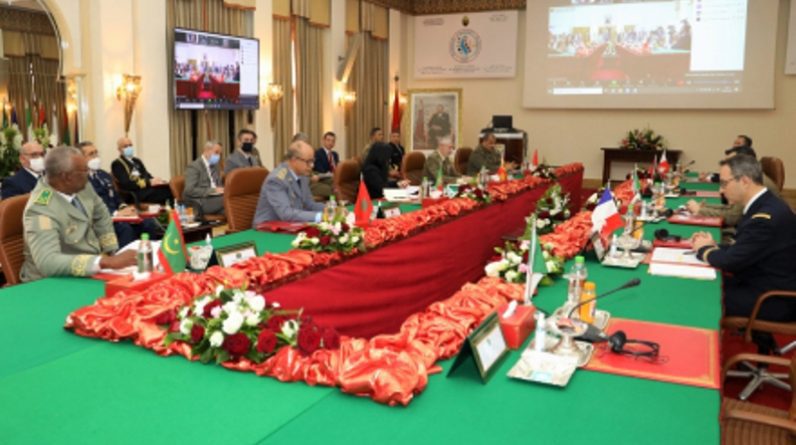 The meeting was attended by the heads of armed forces of the eight countries that are part of the initiative. France, Italy, Libya, Malta, Mauritania, Morocco, Portugal and Spain.

During his opening address, the Lieutenant General, FAR’s Inspector General and Commander of the Southern Zone praised the efforts of all member countries to make this initiative a “privileged place to share experiences and reflections in terms of security and defense, development. Coordination between the forces of the two shores of the Mediterranean Sea. “.

He reaffirmed FAR’s commitment to multilateral military cooperation to address the many challenges facing the region, according to a press release from FAR’s General Staff.

In turn, the participants outlined the importance of the initiative as “the exchange of good practices between the armed forces of the initiative’s member states, but also based on mutual understanding and strengthening of trust.”

During this meeting, a progress report on the 2022 Action Plan was presented before starting discussions on key activities to be included in the 2023 Action Plan.

The participating chiefs pledged to further strengthen their cooperation to promote security and stability in the region and to address common challenges in this key location, particularly the fight against smuggling, illegal immigration, terrorism and marine pollution.

Created in 2004, the “5+5 Defense Initiative” is a forum for consultation and multilateral understanding between the two shores of the Western Mediterranean. Bringing together five states from the southern shores of the Mediterranean Sea (Algeria, Libya, Mauritania, Morocco and Tunisia) and five states from the northern shores (France, Italy, Malta, Portugal and Spain), the Forum creates a priority structure that promotes mutual understanding. . and exchanges on common security issues at the 5+5 venue. Its chairmanship rotates. The 18th meeting of the Defense Ministers of the Member States is scheduled to be held in Rabat on 16 December 2022.

See also  Update on the Russian invasion of Ukraine