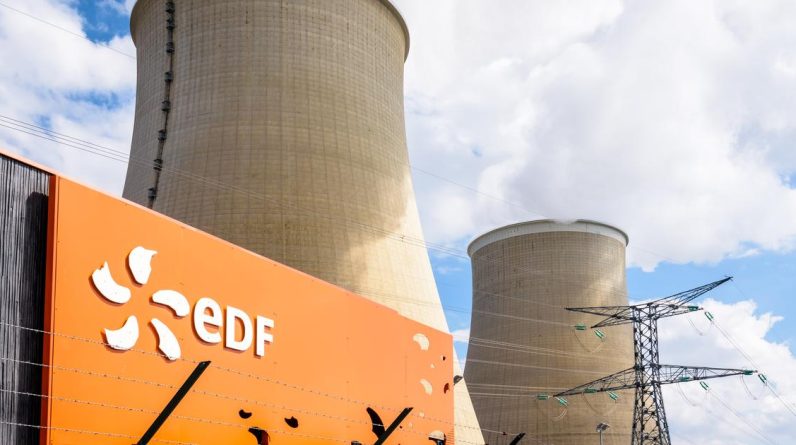 In 2022, the impact of the drop in electricity production linked to the shutdown of nuclear power plants will be 32 billion euros, against a forecast of 29 billion in September.

The French electronics giant EDF Thursday said it further revised down the financial impact of the fall in its electricity production to 32 billion euros for 2022, against 29 billion announced in September. With nuclear plants closed for maintenance or corrosion problems and forced to sell much of its nuclear output at low prices, EDF is headed for heavy losses this year; It has already posted a net loss of 5.3 billion euros in the first half.

“280-300 TWh range as of October 7, 2022 and based on estimated nuclear generation in France in 2022 below 2022 forward prices“, EBITDA (gross operating surplus) -32 billion euros the group estimates the impact of the fall in production. He has also experienced social movements in France since September.Its impact is being studied“, he noted. The EDF Group, 84% state-owned and soon to be 100% renationalized, also announced a 78% increase in 9 months to 101.5 billion euros against 57 billion.

It reported a net gain of 939,000 customers in the 12 months, thanks to the influx of many customers attracted by its regulated tariffs. But more customers and more electricity sales do not mean more profits for EDF. EDF’s future CEO Luc Rémont, whose candidacy the Elysee Palace proposed was vetted by parliament on Wednesday, “must take the reins of this highly indebted company.Mid November“, according to the wishes expressed by the Minister of Economy Bruno Le Maire on Thursday morning.