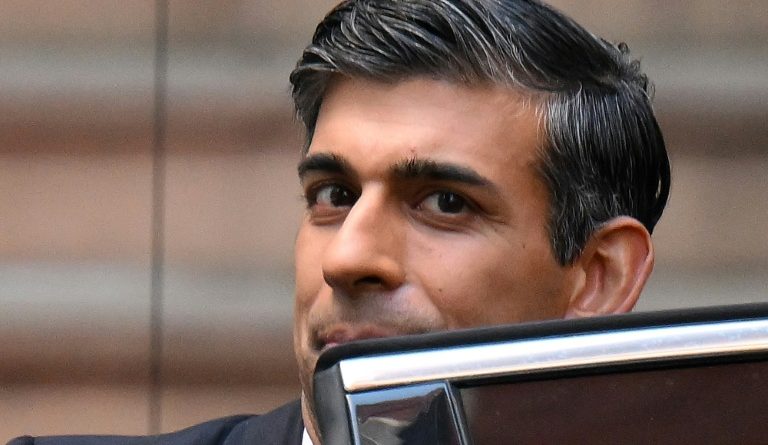 After his victory in the British Conservative Party, Rishi Sunak is due to meet King Charles III on Tuesday morning, who will officially appoint him prime minister, the third prime minister in two months in a country wracked by unprecedented instability and a deep social crisis.

This was the first time that Charles III had appointed a head of government. Liz Truss, the current tenant of Downing Street, was welcomed by Elizabeth II during a visit to the Scottish castle of Balmoral on September 6. The 96-year-old sovereign died two days later.

Liz Truss, who resigned on Thursday after 44 days in office, will deliver her final speech outside 10 Downing Street at 10:15 a.m. (0915 GMT) before heading to Buckingham Palace to hand in her resignation letter to the monarch. Rishi Sunak will then be greeted by the audience by the King. He will finally head to Downing Street, where he will deliver a speech at around 11:35 am (10:35 GMT).

Former banker and finance minister Rishi Sunak, at 42, is the youngest head of government in the United Kingdom’s contemporary history after a meteoric rise in politics. He is of Indian origin and hails from a former British colony.

After winning his formation on Monday, he promised “stability and unity”. “My top priority is to bring the party and the country together,” he said in a brief speech. “The UK is a great country, but there is no doubt that we face a deep economic challenge.”

Rishi Sunak becomes the head of the government of a country facing severe economic and social crisis. Inflation is over 10%, the highest in the G7. Energy prices, food prices are rising. There is a risk of recession. He was supposed to calm the markets, shocked by the Truce government’s budget announcements at the end of September, all of which have since been canceled in disaster.

Rishi Sunak comes to power in a period of unprecedented uncertainty: he is the fifth British prime minister since 2016, when the country voted to leave the European Union. He is the third head of government in two months.

After twelve years in power, he assumed leadership of a deeply divided conservative party. On Monday, he told MPs they must “unite or die” as Labor topped the opposition two years before the general election.

Rishi Sunak ruled out early elections demanded by the Labor Party. But according to an Ipsos poll published on Monday, 62% of voters want elections by the end of 2022.

According to a YouGov poll, only 38% of Britons are happy to have Rishi Sunak as their Prime Minister.

This early Brexiteer needs to quickly set up a government for a pragmatic Labour, both to guarantee the markets and satisfy his majority clans at the risk of suffering the same fate as Liz Truss. He also had to explain his intentions: he did not speak during the Tories’ lightning campaign, which began on Thursday.

He won without a plan or a vote of members, due to the resignation of former prime minister Boris Johnson and the failure of his opponent, Benny Mordant, to qualify.

During the previous campaign last summer, when he was attacked by Liz Truss, this former Chancellor of the Exchequer (2020-2022) emphasized the need to fight inflation, calling the program his rival, offering significant tax cuts, a “fairy tale. “.

On immigration, he said he would back a highly controversial plan to send illegal immigrants to the UK to Rwanda. However, this plan has been blocked in court.

As of Monday, the president of the European Council, Charles Michael, congratulated him and stressed the need to restore “stability” in the United Kingdom.

Indian Prime Minister Narendra Modi also sent his “sincere congratulations” to his future British counterpart, welcoming the UK’s Indians to have this “living bridge” with his country, adding that this time “we are transforming our historic ties into a modern partnership.”