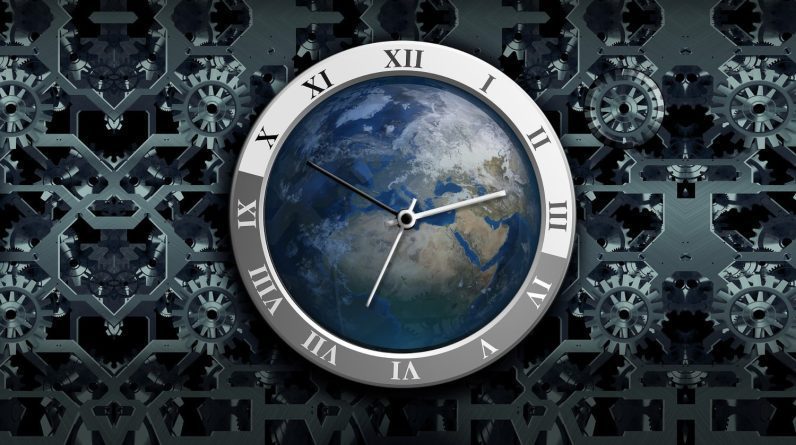 Developed in the 1950s, atomic clocks are the most accurate devices for measuring time to date. A team of researchers at Uppsala University in Sweden has developed an even more accurate and innovative time-measuring device. It can measure the delay between two instants (in other words, measure the passage of time), but without counting the seconds that have passed.

Atomic clocks rely on the frequency of electromagnetic radiation. counter electronic As it transitions from one energy level to another, it ensures the accuracy and consistency of the oscillating signal it generates. Since 1967, the second is defined as the exact period of 9,192,631,770 oscillations between the hyperfine states of the ground state of the cesium 133 atom. It is on these clocks that atomic time is based.

The quantum chronometer in question here can measure the passage of time, but not counting seconds. It’s a completely new way of measuring time. The device is based on a technique called a “pump-probe”, which uses very short laser pulses to make it possible to measure ultrafast events in matter. Concretely, a short and intense laser pulse (pump) is directed at a cloud of atoms, driving them to higher energy states; Then, a second weak pulse (probe) is used to measure the effect of the pump.

A “fingerprint” of an organization’s evolutionary time.

These pump-probe experiments are widely used in materials science because they make it possible to observe changes in a material at the molecular level and to obtain information about the dynamics of decay of the excitation generated by laser pulses. However, measuring the time elapsed between pump and probe is sometimes difficult. A quantum watch developed by a Swedish team overcomes this problem.

See also  How do we know our universe is expanding?

To create this new type of clock, the researchers first aimed a laser beam at a cloud of helium atoms. Atoms are then in a superposition of quantum states (they exist in multiple energy levels at the same time); Researchers speak of coherent superposition of Rydberg states. These energy levels interact, creating an interference pattern that changes over time—as seen in Young’s famous splitting experiment, in which two light beams from the same source intersect.

The researchers measured this interference count for 1.7 picoseconds and then compared it with the results of interference simulations; They were able to identify a unique period where the statistics fit, which enabled them to determine precisely how long the helium atoms remained in the superposition state.

” We show that the oscillations resulting from an ensemble of highly excited Rydberg states converge at the ionization threshold to form a unique interference pattern that does not repeat during the lifetime of the Rydberg wavepacket. We call these oscillations Quasi-Single Beat Signatures (QUBS) because they provide a fingerprint of how long the wave packet has evolved since its creation. “, explain the researchers Research in physics.

Unlike other clocks, such as mechanical, quartz or atomic clocks, which work by counting the number of oscillations from a well-defined frequency, a QUBS-based timer does not use a counter: it provides a specific time signature, and therefore only requires Communication while reading time initialization.

In other words, it is not necessary to measure exactly where the atoms are placed in the superposition position. Since there is no need to “start” the clock, this method is very simple; Check the interrupt structure and minimize the elapsed time.

The team notes that their quantum clock can be tailored to a particular experiment because there are many possibilities in terms of samples and photon energies. ” If low photon energy pump pulses are to be used, inert gases such as Ne, Ar, Kr and Xe can be used instead of He. Increasing the photon energy of the pump pulse is also not impossible “, they note.

This approach is particularly useful in experiments that require measuring the delay between two instants in small-scale systems because it is more accurate. Researchers can make extremely fast measurements of systems that change over time, such as the fall of a molecule, the quantum interactions between light and matter, or the exposure of an object to a magnetic field. On the other hand, it cannot be used to measure time in a more general way, experts underline.