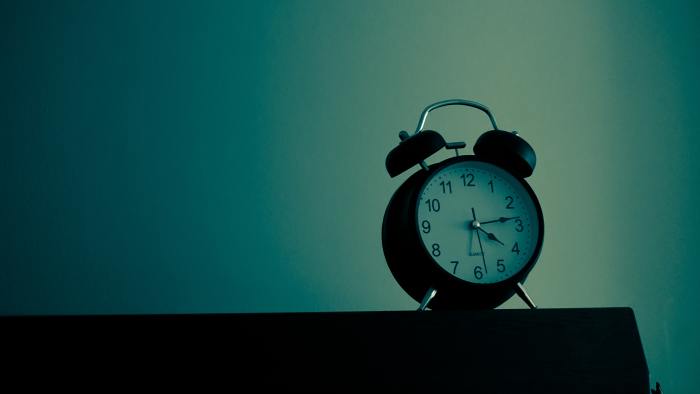 From November 6 onwards, clarity will leave us earlier. But the time change isn’t the only reason for this effect of darkness: weather conditions can also contribute.

Clouds are the main culprits as they limit the supply of light in November and December. “During these two months, due to cloud cover, we see the sun 3 times out of 10,” notes Réjean Ouimet, meteorologist and anchor of MétéoMédia.

Additionally, the sun is lower on the horizon at noon. This limits the amount of sunlight, especially in the city due to buildings. Thus, the brightness of the sun does not reach the street level. In late November, the three-story building near your window can easily lose the sun’s rays from the ground, which is normally seen during the day.

Due to this, the influence of the sun is less. The energy absorbed by the land surface and clouds is somewhat diluted, which limits its range. As a result, a layer of ground fog takes up most of the morning, if not all day.

During the cold season, the sun is more discreet because the formation of clouds is favorable. Also, disturbances are often better organized. With the November rain system, the typical cloud layer – nimbostratus – is 7 km thick. It further amplifies the dark aspect of the day. “On a cloudy day, you can lose an hour of daylight between sunrise and sunset,” says the meteorologist.

When the sun goes down

According to data compiled between November 1981 and 2010, the percentage of the Sun’s visible presence is 29.2%. “This is the lowest percentage for any month of the year. Additionally, we have recorded the largest drop in November, a 13% difference between October and November,” said Mr. Ouimet explains. 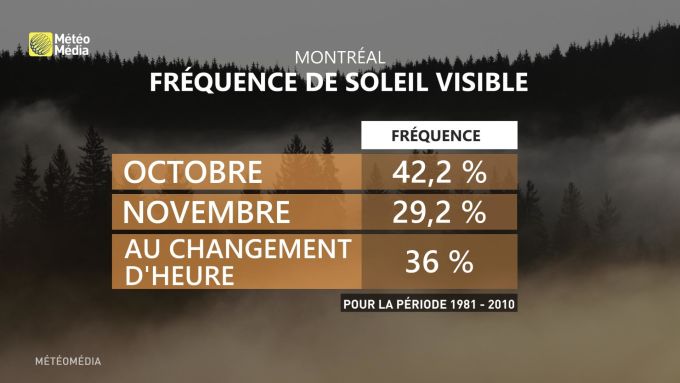 During the hot season, the risk of experiencing variability increases, as has been the case so far this year. In fact, the possibility of maintaining a stable regime of sunlight until the end of autumn is low. Thus, the difference between October and November is likely to increase with respect to the presence of visible sun. Finally, the tendency for air masses to shift at this time of year can contribute to accentuate this effect of darkness that we experience during the time change.

In collaboration with meteorologist and announcer Régène Ouimet.