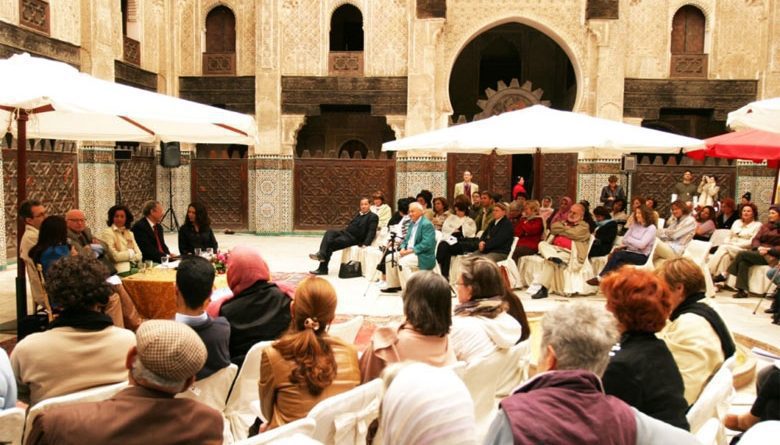 The Fez Festival Association of Sufi Culture begins the fifteenth edition of its festival, this Saturday, October 22, with an opening conference by Michael Barry, entitled “The Future of Islamic Art”, and at the Medersa Bou Inania.

This Saturday, October 22, Medersa Bou Inania is meeting with Michael Barry, who will hold an inaugural conference titled “The Future of Islamic Art.” The meeting will be followed at 4pm by the opening of Louis Cara’s exhibition “The Gods of the Awakened” at Center Les Étoiles, which will bring his vision of the traditional Sufi exchange of divine and prophetic visitation. By code or “kirga”. It is punctuated directly by Indian Khwaja Ameer’s “Listen to the Airplane…” sitar concerto. The opening production is set in the Indian Mughal court, where masters of Hindustani music from northern India, Sufi qawwali singers and Kathak dancers will highlight a 17th-century Indian Sufi prince from Tara Shikho and his deeds of patronage. A fruitful coexistence of religions.

The second day of the festival will be dedicated to a master class, at 3:00 p.m. in the Scheherazade Palace, “Al Matruz, Pictorial Works, Judeo-Arabic-Andalusian Hymns” by Francois Adlon.
This October 23rd, in the same place of the palace, at 4 pm, a round table is planned on “Science and Conscience” or scientists in search of meaning. A great show for the first weekend of this fifteenth festival which continues till October 29.
Dedicated this year to the late Sharif Moulay Abdellah Owassani, the festival continues its inaugural journey in the breath of transmission of Sufism’s cultural heritage. Around 200 spiritual artists and singers from Morocco and around the world (India, Azerbaijan, Turkey, Kosovo, Syria, France, Persia) present a lively and inspiring interpretation while preserving the traditions of Sufist music. Perpetuate this culture and share it with a wider audience.