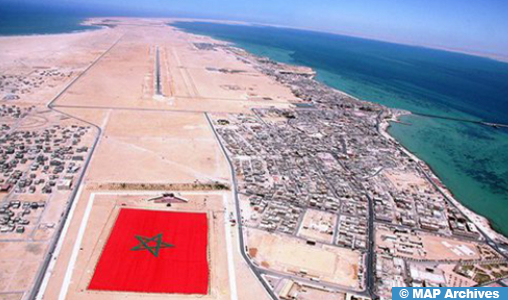 CAIRO – Morocco The Congress of the Union of Arab Journalists has announced its full support for the autonomy plan proposed by Morocco as a fair and comprehensive solution to the artificial conflict around the Sahara.

In a statement adopted at its 14th session held in Cairo, the Congress expressed its commitment to the protection of the legitimate national interests of the Arab countries and peoples, and to the independence of national decision-making in Arab countries.

He added, “In the face of a campaign targeting the Arab nation by some world powers using press freedom as a tool, he rejected all forms of pressure, intimidation and attempts to subjugate. Pressure and intimidation.” Same source.

In this sense, the Congress confirmed the full awareness of the neo-colonial policy carried out by proxies by some parties for the benefit of some colonial powers with the aim of dividing the Arab countries following the cases of countries like Yemen, Syria, Libya, Sudan etc. and Somalia.

On the other hand, the Congress emphasized the imperative of upholding press freedom and guaranteeing the safety of journalists and preserving their dignity to address the major social, political and economic challenges facing the Arab nation. The intensity of the profound changes in the media and information sector with the increase in demand for content characterized by irrelevance presents major challenges that require profound reforms.

For two days, the Congress was an opportunity to discuss the action plan of the Union for the coming years, the election of the new General Secretariat, the negative consequences of the Covid-19 pandemic and the means of overcoming the Arab Ukraine crisis. Journalism, as well as the means by which the Union can play its effective role in protecting the freedom and causes of journalists and the press, as well as Arab causes in confronting the lies and rumors surrounding the Arab world.