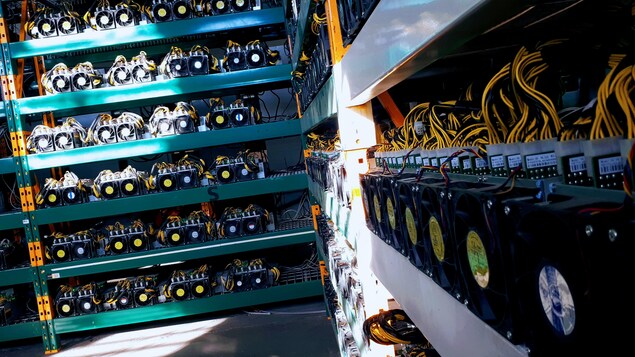 The tender for this was started last June. Two bids were submitted.

The selected company is MWC Megawatt Canada, which has offices on Racine Street in Chicoutimi. It is owned by Computer Power Capital Corp, an American company based in Miami.

According to the newspaper Upper North ShoreHe is also involved in the Cryptocurrency Data Management Center in the municipality of Les Escoumins.

So this evening, we’ve taken the first step, which is that we’ve given the entire block to a company, but hey, there are next steps. We have reserved the block for now, but let’s see if everything is done at zero cost. So, there are various steps that the advertiser has to takeMunicipal councilor Frédéric Tremblay explained in an interview.

What is Cryptocurrency Mining?

The company must now present its plan in more detail, including plans to connect it to the electricity grid. Alma has its own electricity distribution network, which it buys from Hydro-Québec.

The selection of land in Alma will be done in the next phases.

Our aim was to do something that would bring revenue to the city without mortgaging future development at the industrial or residential level. So, with 5 MW, we thought it would be interesting, and the profitability of the project for the city is the only benchmark that can be set objectively.He continued.

Therefore, the councilor explained that the city prefers to analyze projects according to environmental criteria.

Of course, in the beginning, as we thought, we wanted to include, among other things, criteria for sustainable development, which was ultimately not allowed. Finally, we can take money and reuse it wiselyHe noted.

We do not expect many jobs to be created.

We agree that these are not the most productive economic activities in terms of employment generationHe finished.