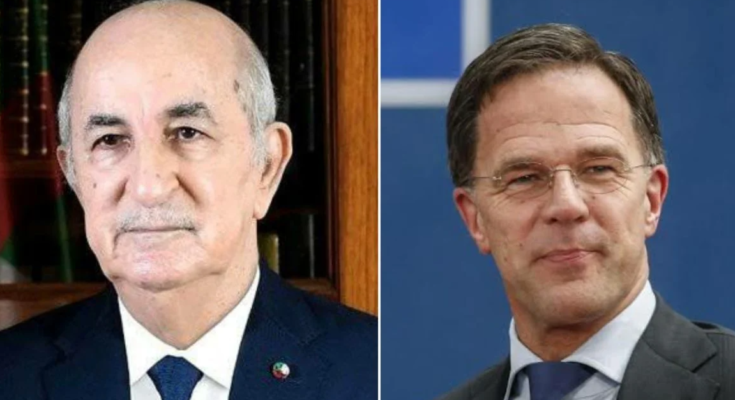 Algerian President Abdelmadjid Debon spoke on the phone with Dutch Prime Minister Mark Rutte on Monday to mark the 60th anniversary of the establishment of diplomatic relations between the two countries.

According to a press release issued by the Algerian President on Monday, President Debon and the head of the Dutch government discussed ways and means of developing bilateral cooperation and expanding it in various fields, including economy, energy, investment, education. and training.

Both leaders want to breathe new life into these disparate areas with Rudd’s next visit to the North African country. Their aim is to elevate this cooperation to the level of political relations between the two states.

In addition, on the same day, the Algerian President received at the headquarters of the President of the Republic, the Secretary General of the League of Arab States, Ahmed Aboul Caid, who accompanied the representatives of the League, indicating that the contact was made.

The visit of the head of the Arab League should host Algeria 1 in the approach of the Arab summit.R and November 2, 2022.