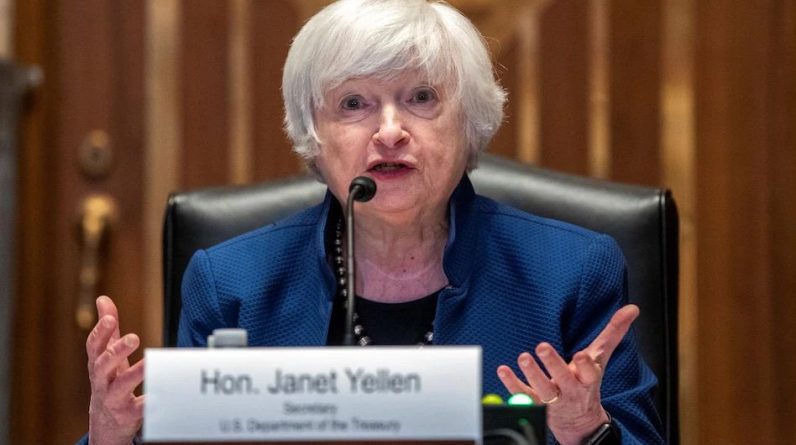 US Treasury Secretary Janet Yellen on Friday accused China, a major creditor of poor and developing countries, of blocking international efforts to provide debt relief to these countries, particularly those on the African continent.

“The only obstacle to further progress is a major creditor country, namely China,” Joe Biden’s Secretary of the Economy and Finance told a press conference at the administration’s headquarters on Friday. International Monetary Fund (IMF), in Washington.

“So there’s been a lot of discussion about what we can do to bring China to the table and help address these issues more effectively,” he said at fall meetings of the IMF and World BankThe G7 and G20 finance summit is also coming to an end.

IMF and the World Bank It continues to invite China, the world’s largest lender, to engage in debt restructuring for poor and developing countries through a common negotiating framework set up by the G20.

“Very few countries” are asking for their debt to be managed within the general framework of the International Monetary Fund, the minister underlined the previous day during a meeting with his counterparts from the eurozone countries. Among those that did, “China was a big factor in why it didn’t work” and Beijing “didn’t participate constructively,” he said.

The economic damage caused by the Covid-19 pandemic has led many countries to borrow again, with over-indebtedness conditions reinforced by rising interest rates that make it possible to control inflation.

The Treasury Secretary underlined that the situation in African countries and other developing countries is “very worrying”.

“Debt problems for African countries are getting more and more serious,” warned Ms. Yellen recognized the “importance of moving forward with a sound and effective framework for resolving excessive debt.”

The total stock of official Chinese debt is estimated at $500 billion to $1,000 billion, concentrated in low- and middle-income countries, and “no less than 44 countries now owe more than 10% of their GDP to Chinese lenders,” a letter to Ms. Yellen said in late September. Counselor said.