Home Science Sand from the Sahara comes back to France 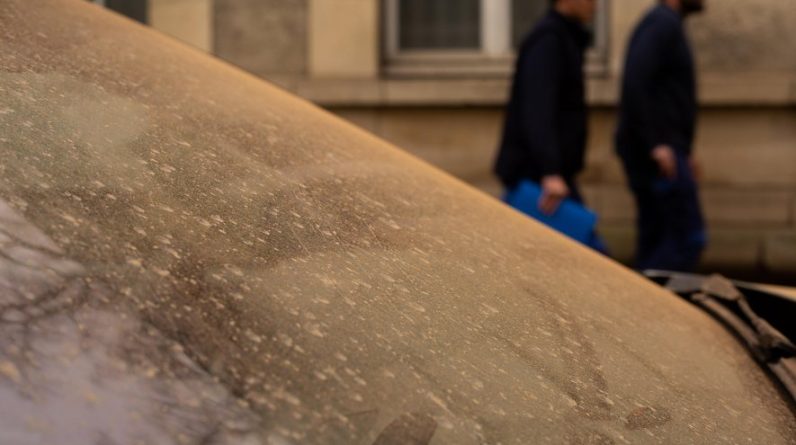 essential
Again, this Sunday, October 16 and early next week, sand from the Sahara may obscure the country’s skies, especially in the southwest.

Many times, in the spring of 2022, sand from the Sahara gave our skies an ocher hue and our cars a characteristic layer of dust. The current weather conditions will lead to this wonderful event again, this Sunday, October 16 in the afternoon and especially on Monday and Tuesday. The Weather Channel.

“From this Sunday, moderate south-to-southeasterly winds in the form of Fon and Auden (editor’s note: well-known in our region) rising from North Africa to the south of France carry sand from the Sahara desert to the lower layers of the atmosphere. These south-to-southeasterly winds carry this Saharan dust over Spain, which reaches France via the Pyrenees”, details La Chaîne Météo.

A depression over Portugal brought warm air from the Sahara into Thursday. Over the next few days, the sky will take on a milky appearance due to airborne dust and sand. pic.twitter.com/1I0U2DiqJl

Especially in Aquitaine and the Pyrenees

The whole of France is more or less affected by this fall of sand from the Sahara, but the phenomenon is more visible in Aquitaine and especially in the Pyrenees, especially if stormy rains are triggered as expected.

read more:
Sahara Sand: 3 Things You Should Absolutely Avoid When Cleaning Your Car

But despite these few potential showers, this fall weather is actually summer. Temperatures will remain high until Friday According to forecasts by Météo France. To give an overview of highs next week: 20°C in Lille, 25°C in Tours, 28°C in Bordeaux and 27°C in Toulouse, with a high of 30°C in the interior of Aquitaine. Or at the foot of the Pyrenees.

See also  NASA is developing a telescope to detect asteroids