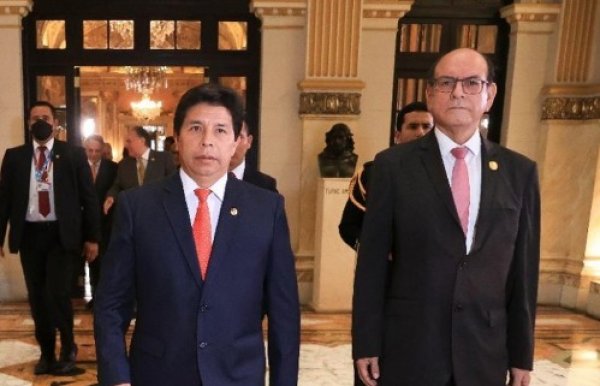 Questionably, the president’s declarations at the UN Assembly, according to the Popular Renewal Party, “have a negative image in the organization of civilized nations” and damage Peru’s relations with countries like the president. He mentioned in his speech Russia, Israel, England and Morocco.

In a message posted on Thursday on his Twitter account, diplomatic chief Landa indicated that he would “go to the Republican Congress to answer the questions raised again.”

He said he would explain “again Peru’s foreign policy and the work of the Peruvian Ministry of Foreign Affairs” on the occasion, which will take place after returning from an official trip to Europe and Mexico.

The minister spoke shortly after a request for an investigation by a group of opposition parliamentarians received 58 votes, including 23 votes from the Fujimorista party (the name of the movement created by former Peruvian President Alberto Fujimori) Popular Force.

The request was made by the conservative People’s Renovation Party and Castillo gave an “unethical and highly ideological” speech at the UN, pointing out that it “severely damaged the foreign policy and the good image of Peru”.

He argues that the president’s statements have presented a “negative image in the organization of civilized nations” and that the president has damaged Peru’s relations with countries such as Russia, Israel, England and Morocco, which he mentioned in his speech.

See also  Heat waves will increase in the future

Landa had already appeared before the Congressional Foreign Affairs Committee on September 26 to explain the content of this speech by Castillo.