Home World Dakar will host the 66th Conference of the International Bar Association from October 26 to 30. 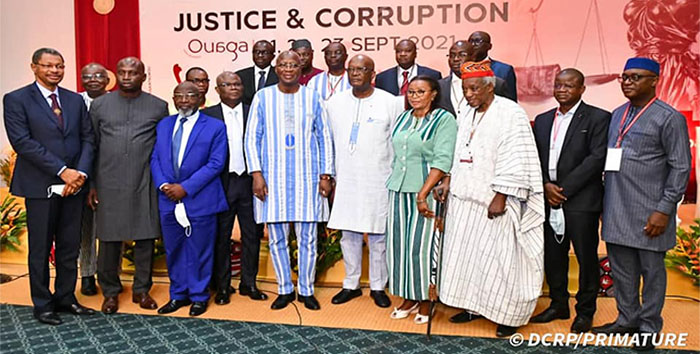 Organizers have indicated that the 66th Congress of the International Lawyers Association (UIA) will be held in the Senegalese capital, Dakar, from October 26 to 30.

This is the first time that an International Bar Association conference will be held in sub-Saharan Africa.

During the meeting, which will be held at the Abdou Diouf International Convention Center (CIDAD) in Diamniadio, 30 km from Dakar, advocates will discuss key topics such as the management of mining and energy resources in the context of climate change. Efficiency and Appropriateness of Judicial Systems”, add the same sources.

“For the first time since 1927, the date of its creation, our association is going to hold its annual conference in sub-Saharan Africa, in Dakar, (…) at the meeting point of African and European cultures. The rapid development of this capital is a reflection of the economic potential of the African continent,” said Uia. Uia president Hervé Chemouli said in an introductory message published on the official website.

“Considering UIA’s multicultural and multilingual profession, after almost a century, it is time for a Congress to sweep away an anomaly, correct an injustice and finally put down its punishment in sub-Saharan Africa”, for his part, Pape Laïty, President of the 66th Congress of UIA Ndiaye underlined.

The city of Dakar was selected to host the conference in November 2018, but the event of Covid-19 brought a halt to all activities.

For five days, the judges will discuss “Governance of Mining and Energy Resources in Africa and Beyond” and “Effectiveness and Relevance of Judicial Systems”.

Mr. According to Ndiaye, this is a key theme for reflection to “appreciate our models of society”.

“As lawyers we are fully involved in the functioning of our judicial systems and the concept of being an accessory to justice is completely outdated. We are one of the essential elements of the judicial process, actor and observer”, underlines Hervé Semouly, who welcomes the serious commitment of the Senegalese Bar and its leaders and members of the Council of the Order.

“For months, our Bar, its President and its Organizing Committee, together with President Hervé Semouly and his diligent collaborators, have been working to make this 66th Convention an unforgettable event. In this commitment, we know we can count on the support of the Government of Senegal, led by President Macky Sall, He said he was ready to dub this congress when he received the visit of the President and Uya delegation in October 2019,” Mr. Ndiaye noted.

He added, “Since then, we feel he has been very attentive in his preparations for the Congress. Therefore, we intend to offer our guests the best that we have, scientifically, culturally and culinary. As we usually say, we put the small foods into the big ones and add the useful to the sweet. Delegates and their companions are entitled to visit sites and monuments on the sidelines of the mission under the leadership of experts from all walks of life on burning topical subjects.

The opening ceremony of the Congress will be attended by the President of Senegal, Macky Sall, and the 2018 Nobel Peace Prize laureate, Dr. Denis Mukwege, said the organizers.

It should be remembered that the International Bar Association, created in 1927, unites members from 110 countries. It promotes professional development, knowledge acquisition, networking and the promotion of the rule of law, protecting the freedom and independence of lawyers worldwide and strengthening friendship, collaboration and networking among its members.