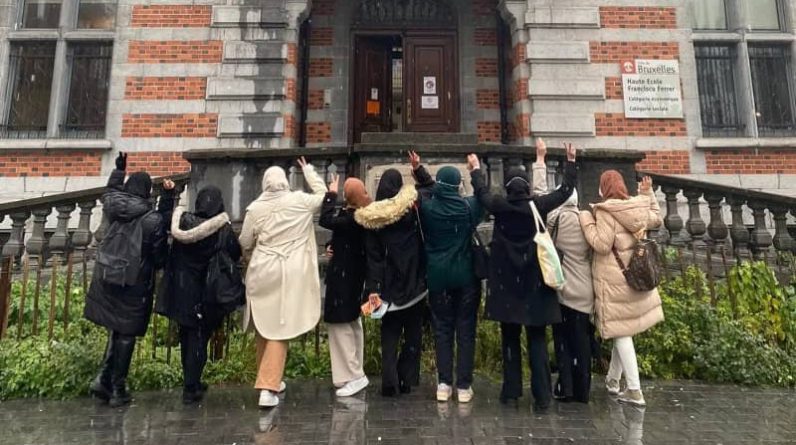 In 2017, ten students from the Haute École Fransisco Ferrer in Brussels decided to file a complaint against the school’s internal regulations, a paragraph that prohibited wearing “any philosophical, political or religious symbol” under any circumstances and which they considered discriminatory. They will be dismissed by the Constitutional Court on June 4, 2020, which found that “the ban on wearing religious symbols is not inconsistent with the obligation to respect neutrality in official education and does not violate the freedom of religion guaranteed by the European Convention on Human Rights”, reports RTBF.

But on November 24, 2021, another judgment will be given by the first instance court, saying that “this prohibition should be issued by decree, because of its importance, and not by simple rules of the school”. The Court therefore declares that “this ban constitutes indirect discrimination and orders the City of Brussels to stop it”. The city of Brussels is taking note of the decision, much to the chagrin of teachers who say they have been abandoned.

Following the decision, several teachers, with the support of the school administration and other schools, have decided to initiate proceedings to overturn the November 2021 decision, which they feel is “adverse to their interests”. In front of the judge last Wednesday, the collective lawyer Dominique Grissé announced, “The approach is not so much related to the question of whether or not to wear the veil in school, but the most important question, the question is whether in Belgium one can still combine a form of education with free choice, teaching with a neutral and neutral appearance”.

See also  Punishment for his solidarity with Morocco?

The students’ lawyer, Véronique van der Plancke, believes that the veiling was the real purpose, regardless of her colleague’s arguments. She considers it absurd that a decision taken a year ago is still being questioned “because some organizations believe it offends their own vision of society”. He adds that the matter no longer has a place in court, but should be the subject of a “wider public debate”.